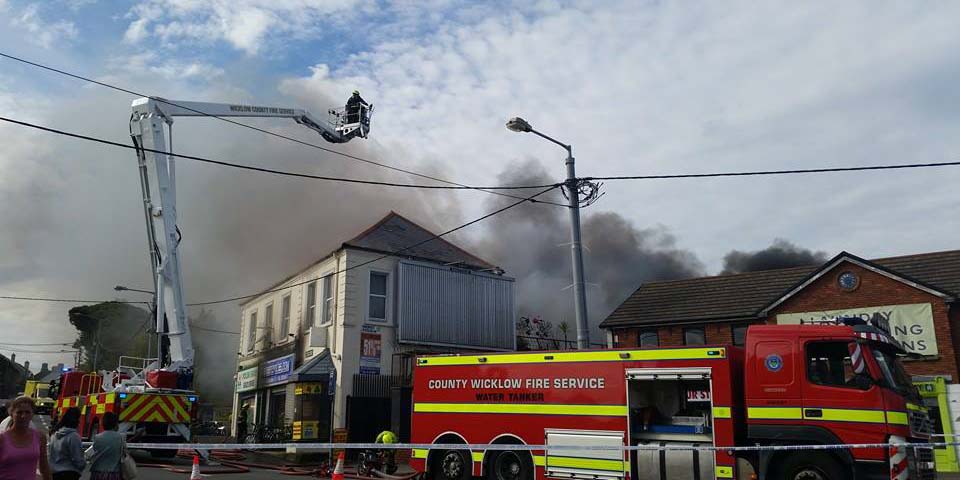 Sinn Féin County Councillor John Brady has urged members of the public and any anyone who wants a Full Time Fire Service in North Wicklow to make submissions on a report that has been drafted on the issue. The report is currently on public display and submissions need to be returned to the council before March 28th.

Councillor Brady said “The report on the provision of a Full Time Fire Service for Bray and North Wicklow was prepared by Mr. Aidan Dempsey, Wicklow Chief Fire Officer, and presented to the council in December. The report is currently on public display in the offices of Bray and Greystones Municipal District Councils and in Bray and Greystones Libraries. The closing date for submissions is Friday 28th March and I urge as many people as possible to look at the report and make submissions. The report can also be found on the County Council website, www.wicklow.ie“.
Brady who has campaigned for a Full Time Fire Service continued “The report outlines issues relating to the provision of a Full-time fire service in Bray and North Wicklow. I have always believed there is a need for a Full-time service in Bray and that is backed up by the unfortunate number of fatalities the community of a Bray has experienced due to fires, many of which I believe could have been saved if we had a Full- time service. A lack of funding has always been one of the biggest issues in implementing this service”.
Cllr Brady continued “Unfortunately the report is in my opinion a flawed one as it didn’t take into account all the risks within the town and therefore given a risk designation which is lower than it should be. The large number of nursing homes located within Bray appears to have been overlooked as a risk. The report also failed to take into account the planned expansion of the town with the development of up to 7500 housing units proposed on the Old Fassaroe lands and planning granted for 1200 units on the Old Bray Golf Club lands. The increase in population would greatly increase the risks within the town and the report is not future proofed. If these factors were included it would strengthen the case for funding from the Government”.
“It’s important that as any people as possible read this report and make submissions on it to the council before the 28th March. These submissions will help shape the report, but more importantly will help shape the response to it from both the elected councillors and government”.