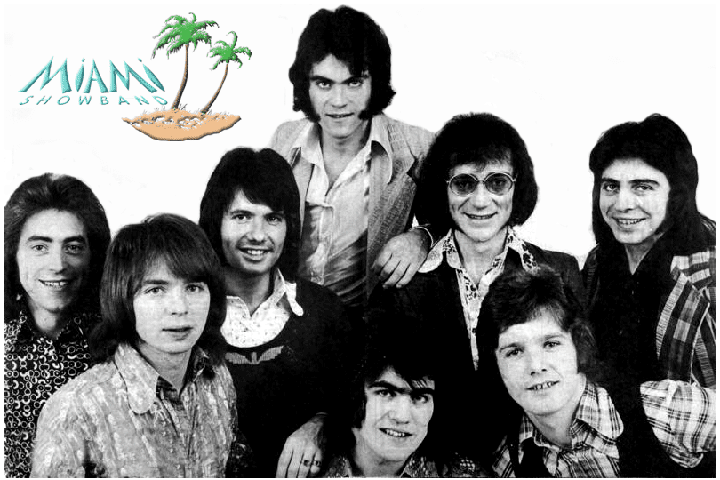 The Cathaoirleach of the Municipal District of Bray Councillor John Brady has welcomed plans to celebrate the 40th anniversary of Bray man Fran O’Toole from the Miami Showband. At Tuesdays Municipal District meeting a presentation from local man Peter Carroll who is a family friend of the O’Toole’s was given and he outlined a number of proposals to remember and pay tribute to Fran O’Toole in his home town of Bray. Fran was murdered on 31st July 1975 along with two other members of the Miami Showband.

Speaking after the council meeting the Cathaoirleach Councillor Brady said “At Tuesday’s council meeting local man Peter Carroll gave an excellent presentation on the Miami Showband and local man Fran O’Toole whose 40th anniversary takes place on 31st July. Haven spoken to Peter over the last number of months I felt his proposals were long overdue and invited him to give the presentation at the council meeting. In the late 60’s and early 70’s the Miami Showband were huge and described as the ‘Irish Beatles’ The Miami Showband massacre took place 31 July 1975, near Newry, in South Armagh, while the band was travelling home to Dublin after a gig in Banbridge, County Down.”

“Unfortunately nothing has ever been done in Bray to acknowledge, pay tribute or remember Fran who was the lead singer with the band at the time of his death. The band had a massive following and played in packed out venues right across Ireland, the UK and the United States. The band united people through music both north and south of the border and gave people a glimmer of hope at a bleak time in our history. The Miami regularly played in Fran’s hometown of Bray in the Arcadia Ballroom. People would travel from far and wide and on occasions thousands would have to be turned away as the Arcadia was packed to capacity.”

Cllr Brady continued “There are a number of plans been worked on by Peter Carroll with the support of the O’Toole family and many of Fran’s showband friends and colleagues. There was broad agreement at the meeting from all the members for the need to celebrate the 40th anniversary of Fran, these plans are to be progressed by Peter and the council has pledged to financially support some of the proposals.”

Brady continued “People right across Ireland were shocked at the murder of Fran and his colleagues Brian McCoy and Tony Geraghty. Bray came to a complete stand still for his funeral, which people say was the largest ever to be held in the town. It’s only right that we remember Fran, his music and the legacy he left. I look forward to the events that are been planned and will continue to work with Peter to ensure they are successful as they can be.”