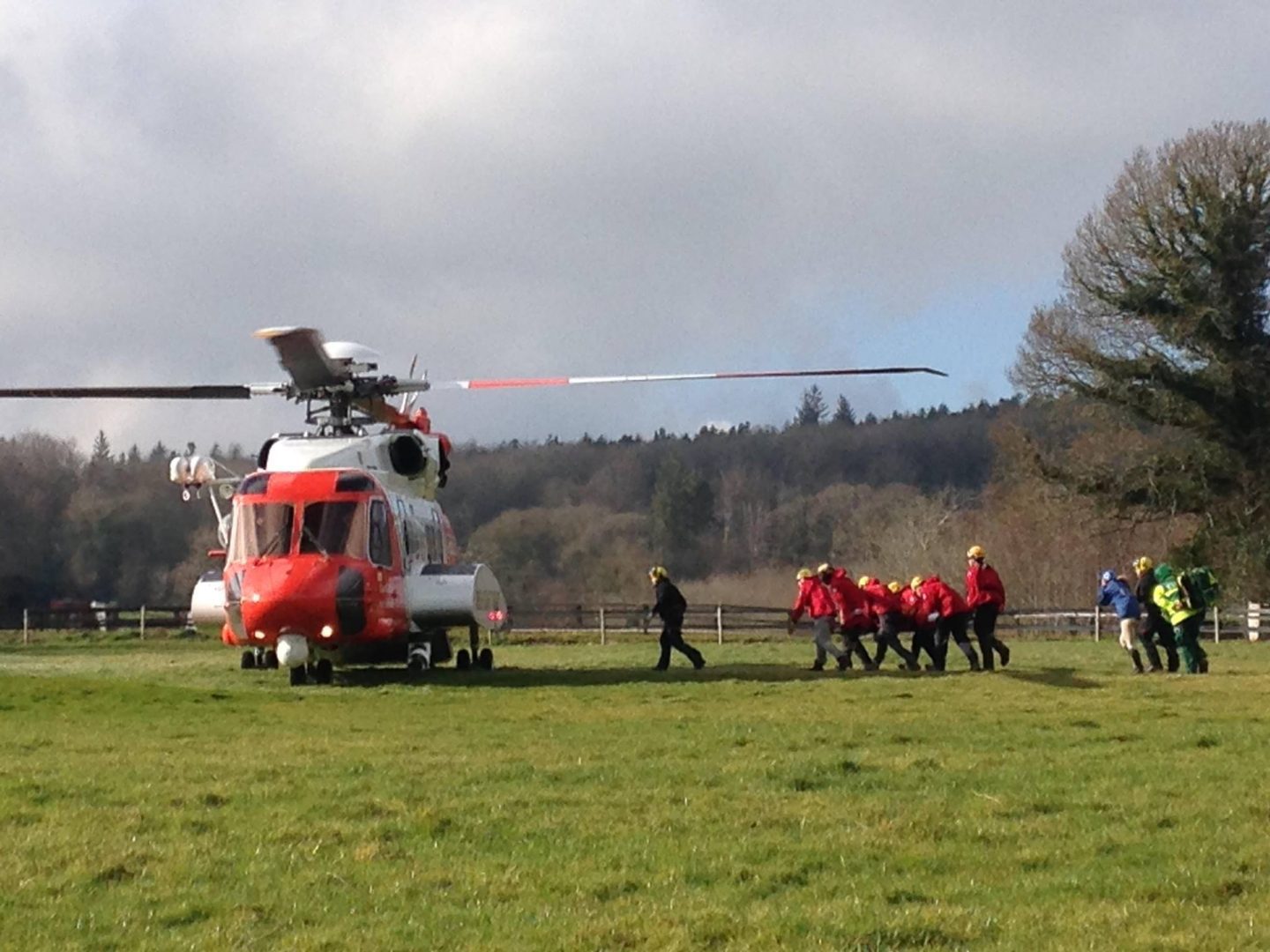 Shortly after mid-day on Saturday the 14th of February the Dublin Wicklow Mountain Rescue Team and the Glen of Imaal Mountain Rescue Team were tasked by the HSE to respond to an incident involving a woman who had fallen from a horse in a wooded area near Glenealy Village.

Due to the fall there was a possibility of spinal injuries and the lady was treated at the scene by HSE Paramedics and Mountain Rescue Personnel.

Thankfully, the Coast Guard helicopter was able to land close to the site making for a quick transfer to Rescue 116 before being flown to hospital for definitive care.

The Incident was stood down at 13:49. Thanks to all those involved.

At approximately,18:55 on Thursday the 12th of February the Dublin Wicklow Mountain Rescue Team and the Glen of Imaal Mountain Rescue Team were placed on “Stand-By” to assist a male walker in his 60’s who had become disorientated while walking in the Spinc area near Glendalough.

A Glen of Imaal Team Member who was out walking in area responded and located the walker after a short search. He was then guided down the Zig-Zags to the Miners Village where a Mountain Rescue 4 X 4 transported him back to his vehicle.

The incident was stood down at 20:15. Thanks to all those involved.