Sixth call out in as many days for mountain rescue 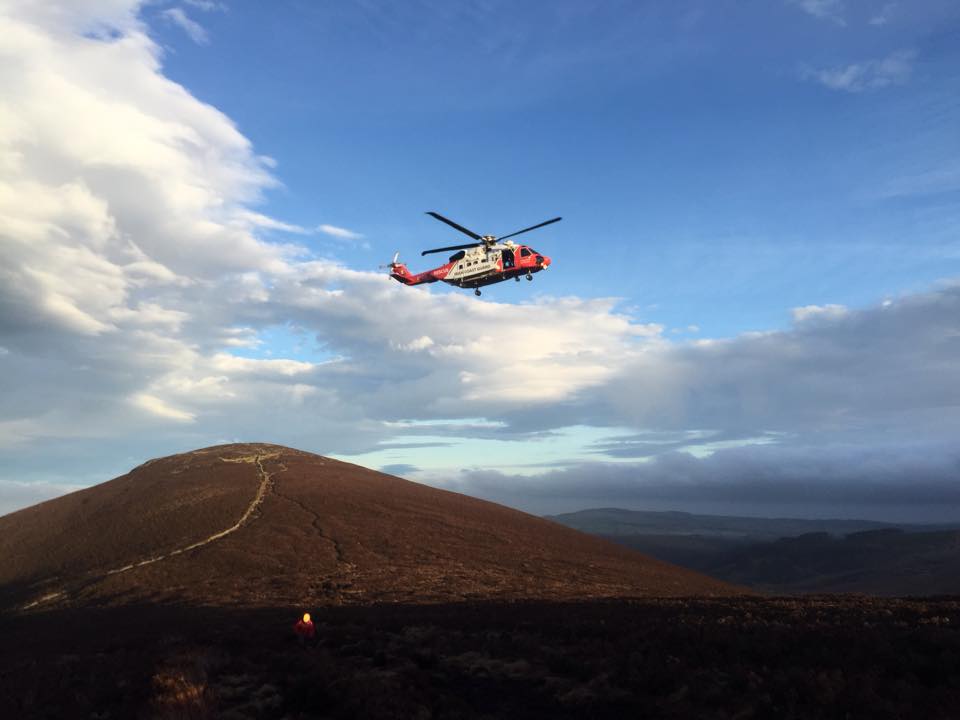 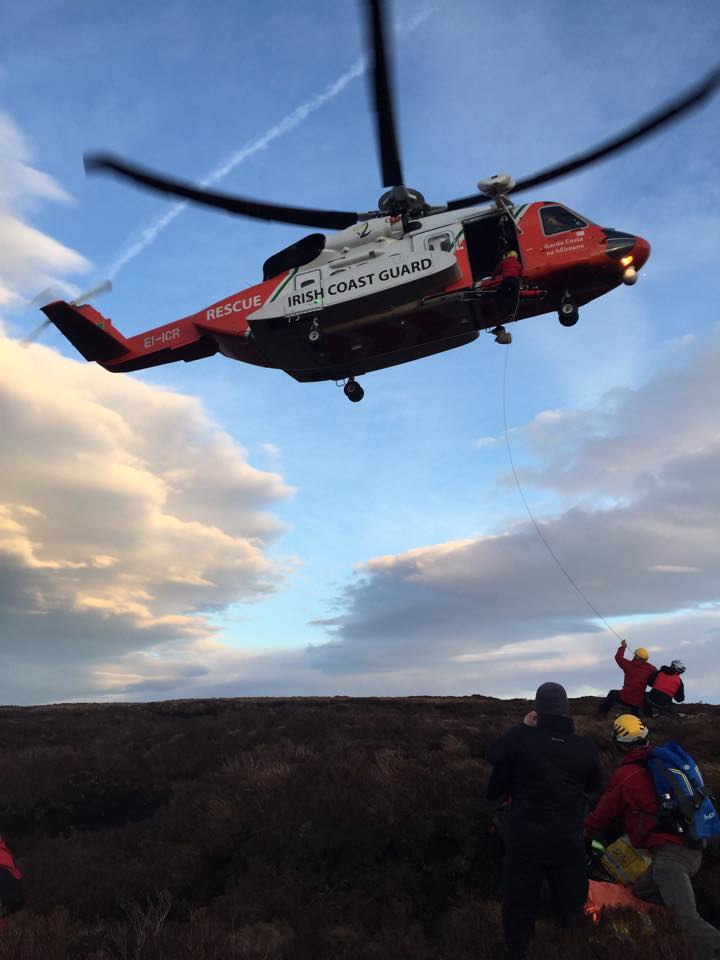 The man has been descending Tonduff with a group when he dislocated his shoulder and was unable to continue.

Despite the mid-week Call out there was a good response from both teams and several parties were sent in with rescue gear after Rescue Base was set up at Crone car park.

The Coastguard helicopter was initially unavailable as it was committed to a rescue in the Mourne Mountains. As the incident was almost 2km from tracks rescue parties were still en route to the scene when Rescue 116 redeployed to assist with the Wicklow operation. After lowering the winch man the Heli then collected some rescue personnel to assist with the casualty.

Mountain Rescue personnel assisted with packaging the injured man before he was airlifted and evacuated for additional care.

The last of the walking group were then escorted off the hill to waiting land rovers.

The incident was stood down about 17.30.

Thanks to all agencies involved and all those who responded.