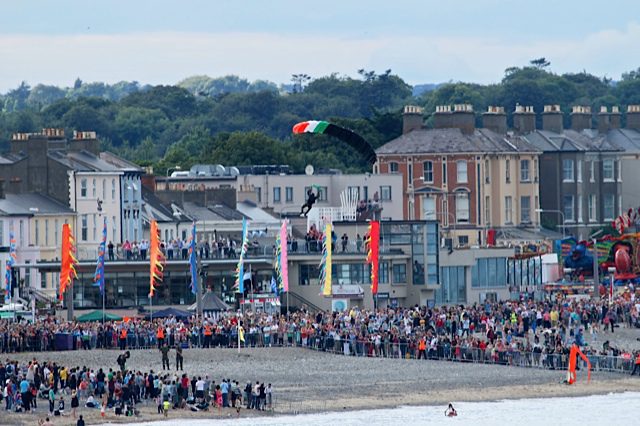 Doubts are being cast over the future of Bray Summerfest.  After a decision was made this week by the Bray Municipal district council, to cut the amount of days the Summerfest Fun Fair can operate, from 24 days to 14 from 2016 onwards.

The non-profit organisation says it heavily relies on the financial support of the Fun Fair operators, and that this will impact on what they can deliver in the Festival Programme.

The Bray Summerfest has been running for the last 33 years and now attracts over 200 thousand people to the town over the month of July.

The Bray Summerfest committee are very disappointed to hear that it was agreed at a Municipal District of Bray Council meeting on Monday evening, March 23rd to reduce the Summerfest Fun Fair from 24 days to 15 days from 2016 onwards.

The Bray Summerfest is a not for profit voluntary organisation which has ran annually for the past 33 years and now caters for over 200,000 local, national and international attendees over the month of July and gives an injection of €8 million to the local economy.

Some of our key achievements in 2014 include:

The passing of this vote will really have an impact to the festivals overall viability into the future. We heavily rely on the financial support from the Fun Fair operators and not to mention it being an additional attraction for the people of Bray and visitors to the town to enjoy.

No engagement from the Councillors

We totally agree that the Council members have the right to govern the local government affairs and we respect the decision that has been made but at no stage did any Council members engage with us on this matter. As organisers we would have appreciated the opportunity to present how the Festival operates to many of new and existing members of the council.

Reduction in Funding = No Festival

A reduction in the number of Fun Fair days will fundamentally impact on what we can deliver in the Festival programme. Any decision to run this years’ Summerfest in light of this decision and comments made about our organisation at the council meeting will be made in the coming weeks.

Former Bray Chamber of Commerce John Nolan said on his facebook page ” Shame on the councillors who passed the crazy legislation! Summerfest like its original committee Bray Festival are a voluntary organisation who receive no personal expense claims but act and work tirelessly all the year around to provide a cracking Summer Festival and provide the internationally acclaimed Airshow to our town and its people. The sad reality is these elected people did not engage with the committee about their plans. Some start by a new council who were elected to serve Bray!”