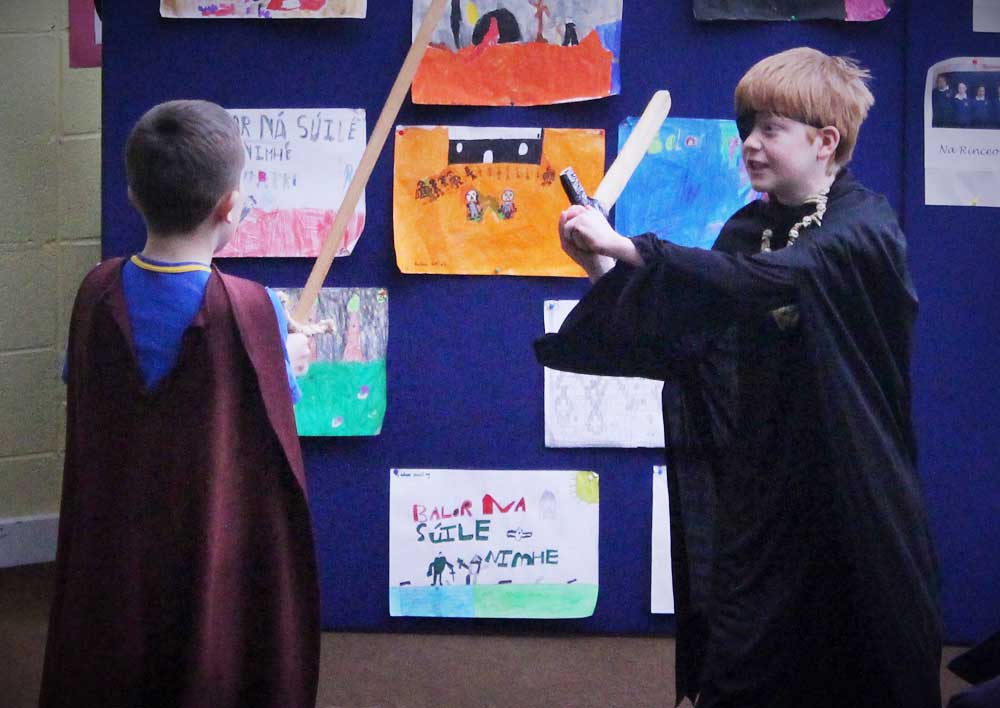 Coláiste Chraobh Abhann TY students and Newtown Primary School are promoting the use of the Irish language in a fun and creative way. The TY students have helped a 4th class group of students prepare for an all-Irish play which the primary students staged last week.

The last four months have seen Mr. Keddy’s 4th Newtown Primary School class work on the play, ‘Balor na Súile Nimhe’, under the guidance and direction of Mr Rice and Mr Ó Súilleabháin. The play is based on the legend of ‘Balor of the Evil Eye’ which is set on Tory Island. It depicts the story of the Balor, a despotic giant who rules over the island and its people with his poisonous eye. When Balor’s Grandson Lúgh learns of the prophecy that only he can kill the tyrant giant, he sets off on a dangerous journey to avenge his family’s murder.

The play was staged in Newtown Primary school during Seachtain na Gaeilge on Friday the 13th March, accompanied by wonderful music from the TY students Holly Martin and Neil Greene and an amazing acting performance from all the 4th class cast. It was attended by teachers, parents and friends from both schools and was a great success.