Local Derby as Combined Cup Kicks Off for AGB Ladies 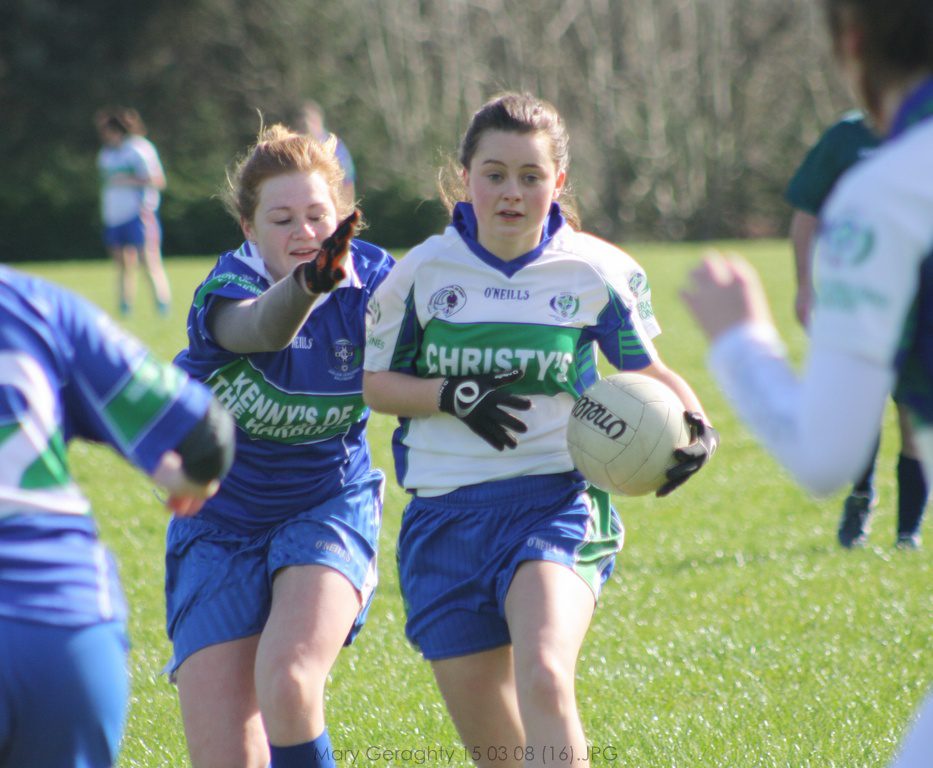 Annie Conroy making her way toward the goal.

AGB ladies faced each other in what was truly a local derby, with Terry Canavan taking charge on the pitch at Ballymoney in the Combined Cup opening round. In this opening game of the season both teams were, understandably, a little rusty. It was nip and tuck in the opening half with AGB 2 clocking up the opening points through Sarah Kendrick.  Jessie Hurley was in good form for AGB 1 and helped to redress the balance. At the break AGB 1 led on a score line of 1-4 to 1-3.

In the second half AGB 1 pulled away through Jessie Hurley and Annie Conroy. The closing score was 4-7 to 3-3 in favour of AGB 1. There were very strong displays for their respective teams from Steph Martin, Rachel Byrne, Abbie Doyle, Annie Conroy, Sarah Kendrick, Kayleigh Earls, Kirsty Hughes, Katie Larkin and Niamh Arthur.  Newcomers Medbh O’Connor and Becky Birmingham were also impressive for AGB 2. 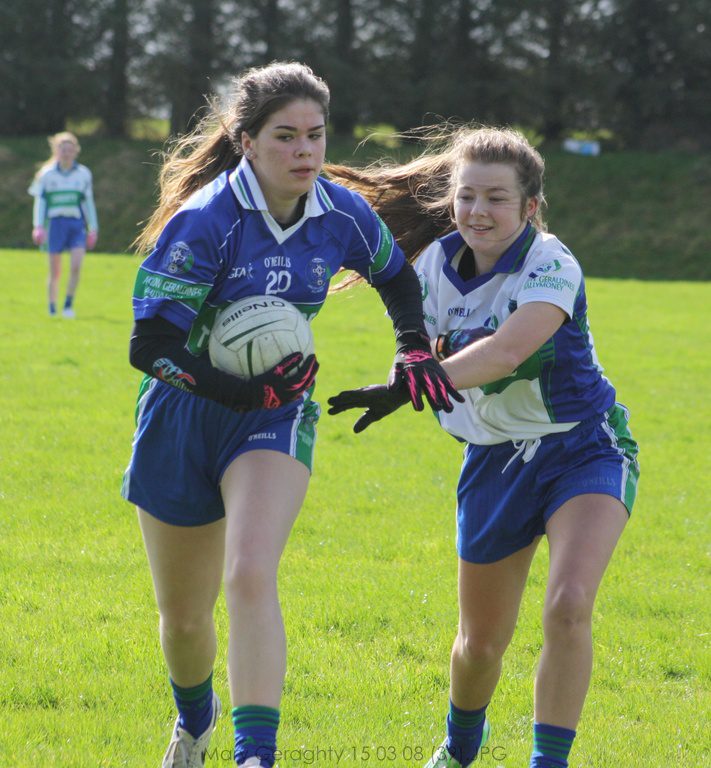 Emma Ryan and Medbh O’Connor contest for the ball. 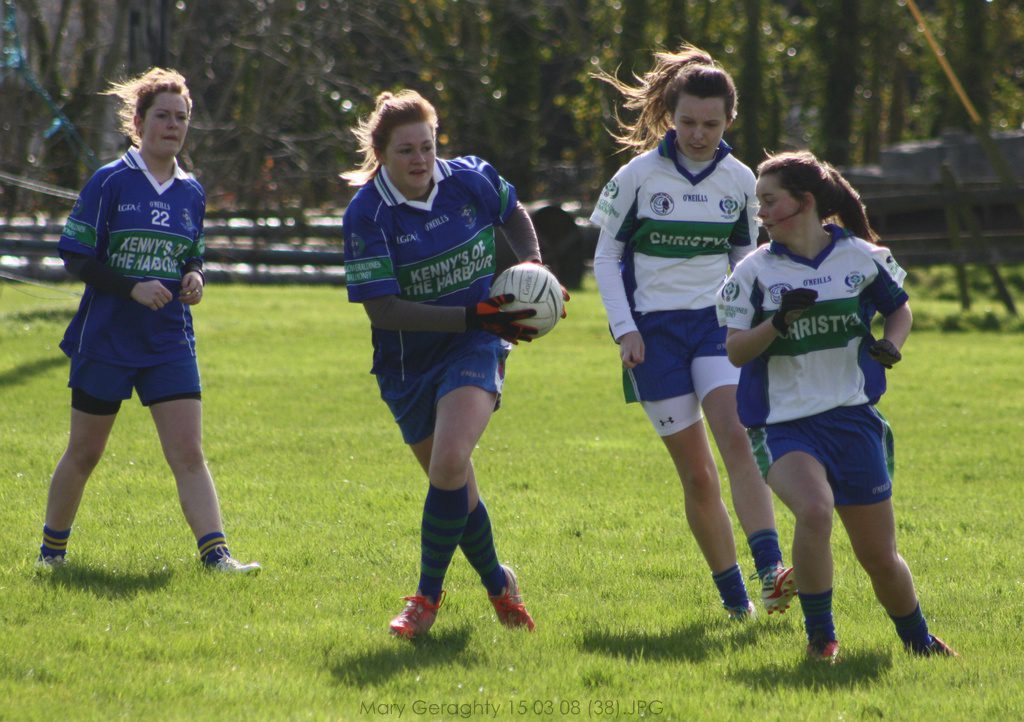