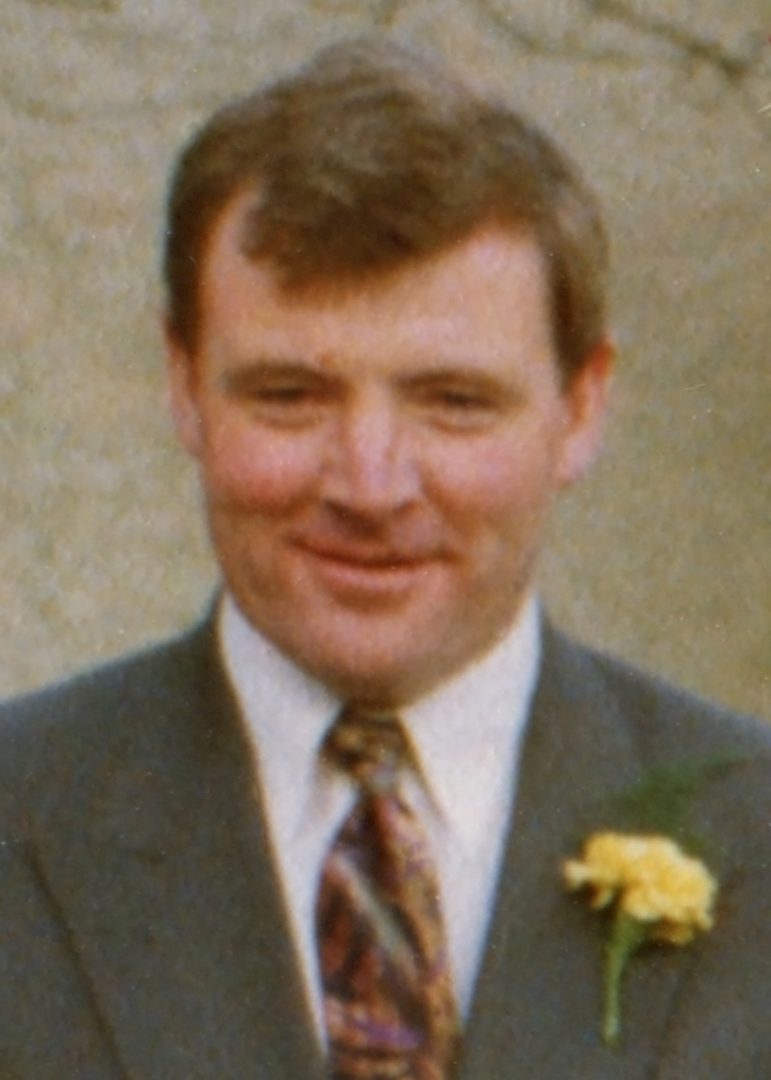 There was a profound sense of loss in communities in West Wicklow and East Kildare at the passing of Pat Whelan, late of Ballylaffin, Tober and Sallins. Although he had been ill for some time Pat’s death was sudden and unexpected. Son of the late James and Margaret Whelan (nee Keatley) of Ballylaffin,Pat was predeceased by his daughter Jeanette, his brother Thomas and his sister, Maureen Dennis.

Pat passed away on the 19th of February in the care of the staff of St. Brigid’s Hospice, the Curragh and the huge attendance at his funeral was fitting testament to his popularity within the various communities where had worked and lived.

From his earliest days Pat had a deep sense of community involvement as typified by his faithful service to his local GAA club, Dunlavin. He was a valued member of the 1970 Championship winning side and later he became involved in the administration of the club. He agreed to become Chairman for a two year period in 1973 and 1974 and it was under his driving leadership that the club finally achieved a home of its own. Through negotiations the Land Commission agreed to let Dunlavin have a section of land suitable for the development of a full-size playing field and the building of dressing-rooms which would prove more than adequate for many years.

Following his successful work with the GAA club Pat next became involved with the Imaal Hall committee. Although the hall had long fulfilled a vital function in the community it became clear during the 1970s that it needed major redevelopment. Through his role on the Imaal Hall Committee Pat Whelan was responsible for the upgrading of the Imaal Hall, providing the community not only with a refurbished building, but also with badminton facilities, squash court, mini-theatre, catering facilities and meeting rooms.

Pat continued to work tirelessly within the community and later became involved with the Dunlavin Festival of Arts. A key insight into Pat’s spirit and commitment was the fact that at one stage, as he was trying to organise the publication of the Arts Festival Brochure for a looming deadline, he was lying in a hospital bed with a serious illness.

Indeed, it was this unquenchable spirit that stood Pat, and indeed his wife Kathleen and son Colm, in such good stead at the tragic loss of his daughter Jeanette. They managed to cope with the catastrophe of Jeanette’s loss and in time drew strength to help others similarly bereaved.

That same ethic of commitment permeated Pat’s work life and after he retired from Eircom he still felt he had much to contribute to public office. With his high academic achievements he was able to join Kildare County Council where he could look forward to a further career of public service and spend his leisure time with his family and newly-arrived grand-daughter, Lily, indulging in his life-long loves of travel, and reading, and taking part in table quiz competitions. Sadly, that was not to be and, although he struggled with serious illness for the last years of his life his fine qualities of commitment, compassion, bravery and a sense of humour never deserted him.