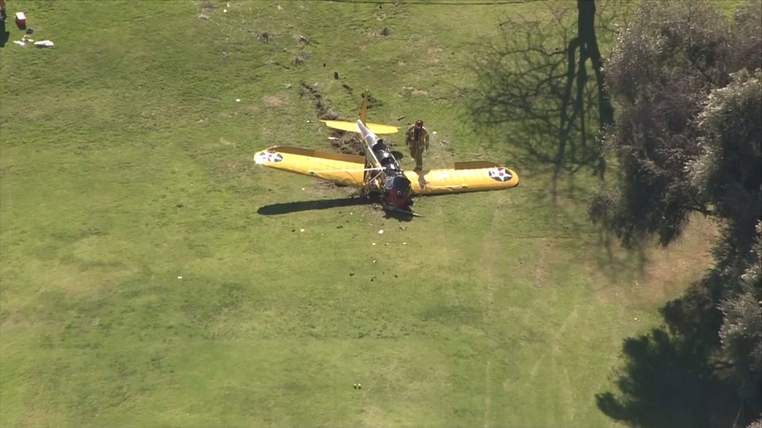 Harrison Ford has been injured after the plane he was in crash landed onto a golf course in Los Angeles, according to reports.

TMZ reported that the 72-year-old actor was piloting what appeared to be a vintage two-seater aircraft when it crashed into Penmar golf course in Venice.

He suffered multiple gashes to his head and was left bleeding, it is claimed.

A photo of the downed plane with its nose cone ripped open has emerged.

An LA Fire Department spokesman, who did not identify the actor, said the pilot of a single-engine plane was critically injured.

The fire department tweeted: “1 small aircraft down on Penmar Golf Course near the Santa Monica airport. Solo occupant, an adult male being transported to local hospital in critical condition. No other injuries.”