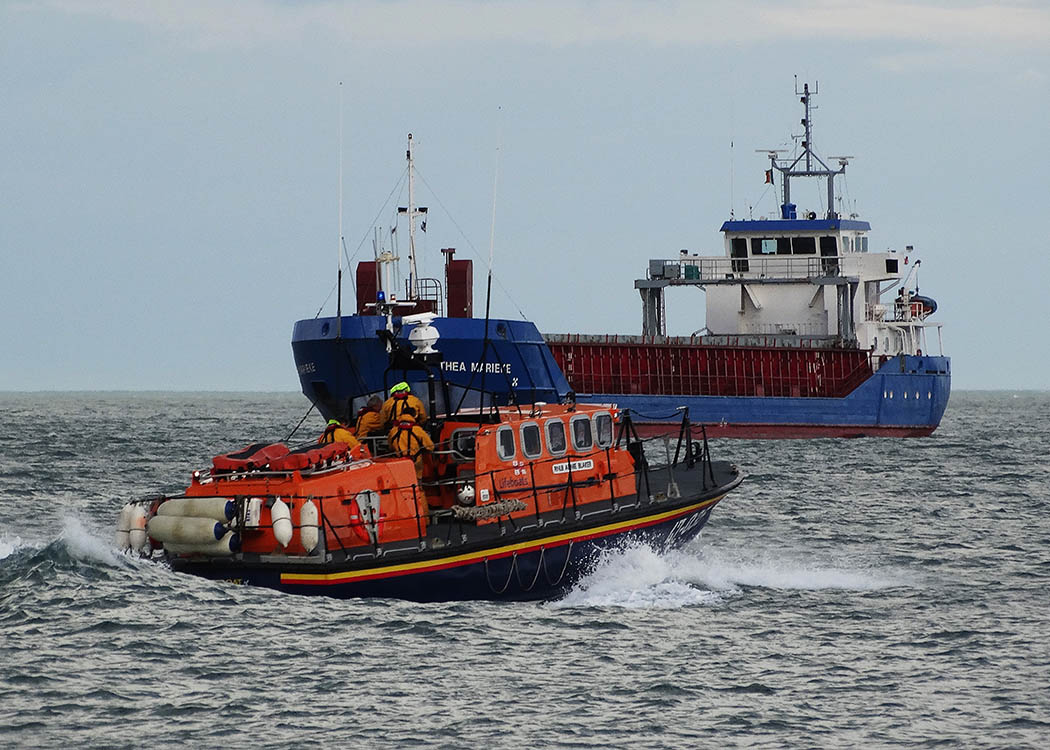 Wicklow RNLI all weather Lifeboat launched at 5-10pm on Saturday (28th March) to assist a kite surfer in difficulties off Potters Point, South of Wicklow head.
The Kite surfer got into difficulties and was unable to get ashore after leaving the beach at Jack’s Hole. One of his friends saw him in the water and immediately contacted the Coast Guard for help.
Conditions in the area at the time were wind direction south- easterly, force 6. The sea state was moderate.
Speaking after the callout Coxswain Nick Keogh said: ‘We located the kite surfer drifting off the south end of the Wolf Rock near Jack’s Hole. He was using the floatation end of the kite equipment to stay afloat, after he got separated from his board. ‘
A first aid trained member of the crew on the lifeboat assessed the casualty as they returned to Wicklow. He had no injuries and did not require any further medical assistance.
The man was landed safely ashore at Wicklow harbour at 6.30am.
The crew on the callout were Coxswain Nick Keogh Mechanic Connie O Gara Ciaran Doyle Terry Sillery Graham Fitzgerald John Vize and David Collard.