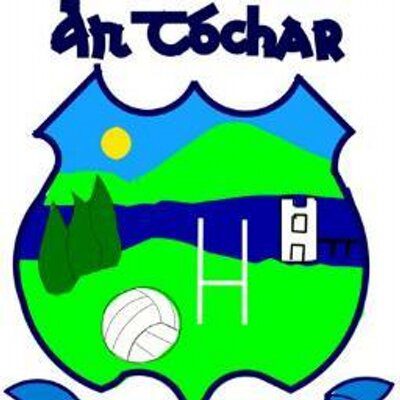 Sympathies-The club extends its sympathy to the Belton family on the death of Johnny. May he Rest In Peace.

County Development Draw– Our €50 tickets are now out for sale. We ask everyone to buy and sell them as they keep us going financially for the year. Des Fanning, Liz Byrne, Kerry Fee, Frances Gaskin, Brendan Brady, Jackie Wolohan Phil Power and Nick Nolan are distributing them.

Mens Int. Team– Well done to Liam and Michael who got their first win in Div 2 with a great second half vs Aughrim on Friday last. A star was born with Petey Byrne being converted from goalie to the new Brian Sheehan up front. Tom Kenna’s 2 points were a thing of beauty while man of the match was Ger Byrne who covered every blade of grass. Well done lads.

U8 & U10 Girls Go Games– On Sat 25th Apr our girls made the trip to St. Patricks, Wicklow for the first Go Games of the season. The clubs participating were St.Pats, An Tochar, Carnew & Baltinglass.

The girls got their season off to a great start with many notable performances particularly from those making their competitive debut in club colours. A big thank you to all parents & supporters that made the trip to cheer on our teams. Next Go Games expected to be on Sat 16th May – stay tuned for further details.

U8 & U10 Boys Go Games– On Friday 17th Apr we hosted the first Go Games of the year for U8 and U10 boys. There were 16 teams in total playing on the night, 2 teams at each age level from Kilcoole, Avondale, St. Patricks and An Tochar.

The U-8s played very well on the night. The older players who are in their second year at this grade really showed their experience. With players like Matthew Fox, JJ Brady, Kye Murray Luca Nolan and Jack Leacy dominating in their matches. But also many of the new-comers to U-8 showed up extremely well on the night, Fintan Byrne, Daire McGuirk, Joe Wolohan, Ben Daly and many more really getting stuck in, winning plenty of ball and getting some great scores on the night. The progress of all 25 who played on the night is brilliant to watch and training continues every Monday night for the U-8’s form 7-8pm.

At the under 10 grade our boys performed extremely well and were more than capable of competing with all teams they played on the night. Over all it was a great team performance by both teams with Conor McGuirk, Denis Leacy, Conan Williams and Lee Ireland doing particularly well.

We are playing U10 community games in Dunlavin this Sunday evening, April 26th, at 6pm. To be eligible for this, boys must be born after July 31st 2005.

Scór– As Larry Gogan might say “ The questions didn’t suit you” – our quiz team had a fruitless, yet enjoyable, visit to Citywest Hotel on Sat last for the All Ireland Scor Final. Captain John Byrne is already talking about preparations for next year.