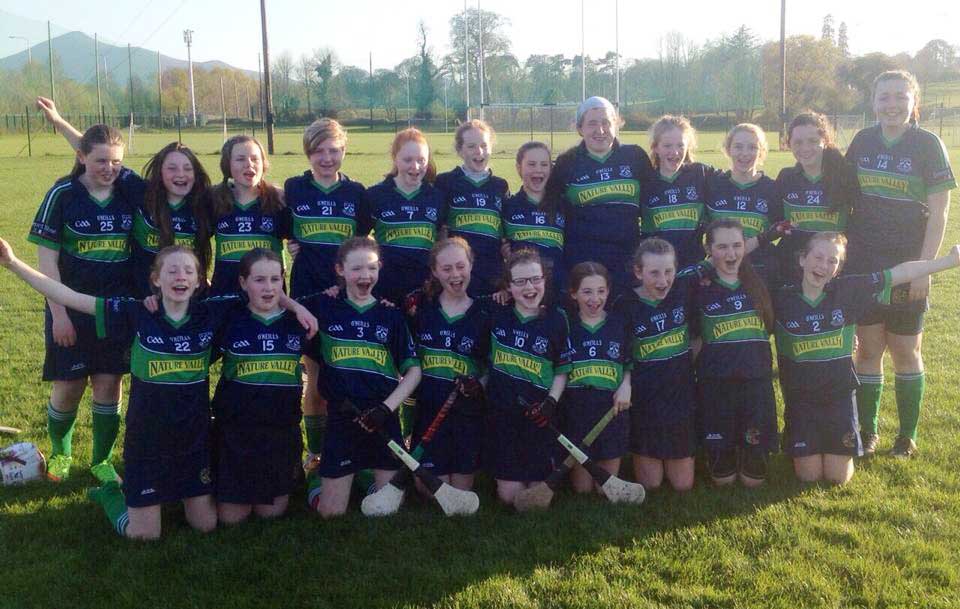 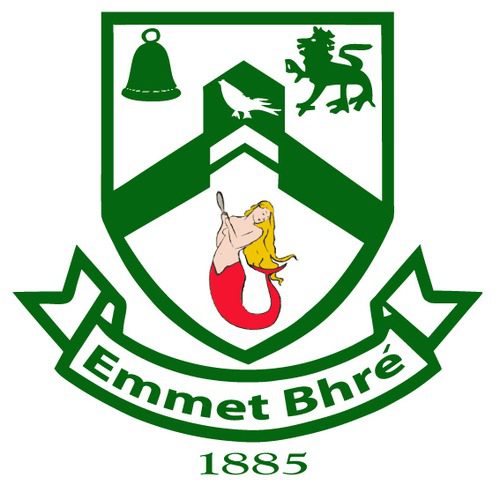 There was one  €25 Lucky Dip  winner, congratulations to Raymond Donohoe

The annual club dinner dance takes place on the 24th of April in the Royal Hotel, Bray. to reserve tickets text Ann Healy at  0872556193 up until noon on. They can be collected between 8.30 and 9pm on Wednesday at the clubhouse.

Tickets will NOT be for sale at the door on the night.

Where: Bray Emmetts GAA Club, Old Conna Avenue, Bray, Co. Wicklow. The Skoda Cycle Series Tour of Wicklow is back for 2015. Challenge yourself riding 100km or 45km in the scenic Wicklow Mountains.

Request a sponsorship card by emailing info@purplehouse.ie or create your own fundraising page on www.mycharity.ie

The men’s Junior football team are back training on Wednesday evenings at 7.15 pm and Sunday mornings at 10.00 am, in Old Conna. Anyone interested in playing is welcome. come to training or  contact Ian Smith 086-85157232 for further details.

This year Bray Emmets are entering a team in the Wicklow Adult Camogie League. it will be the first time in 35 years that the club has fielded an adult camogie team.

This is a great opportunity to capitalise on the fantastic progress that has been achieved in the past 7 years. If you would like  to take part in this great  adventure please contact camogiebray@gmail.com. Training is every Wednesday 7.45-9pm on 3G.

Dates for your Diary

The U14 Camogie team made their own little piece of Bray Emmets history, by being the first Camogie team to qualify through Wicklow for the National Camogie Féile on Sat 18th April. Six games were played. Five victories, over Knockanana (2-0), Kiltegan (3-1), Carnew (4-1), Donard (2-4) and Carnew (5-1) again in the semi-finals. The final game after extra-time was won by Knockanana by (2-1), so they topped the qualification.

This was a huge squad effort, led by the experienced Eleanor Carroll-Hayes, Rachel Rice and Leah Carroll in particular. Defence was a major corner-stone and in that regard Lauren Healy, Sarah Davis and Laura McGarry were to the fore. Mentors, Anne Carroll and Paul Sweeney were also very complimentary of the younger players contribution – Amy Butler, Sarah Lambe and Catherine McGarry. Other players that earned spectator admiration were Shauna O’Kelly, Alannah Henry and Jordan O’Brien.  Tá na cailíní ag tnúth go mór le Féile na nGael anois i gCúige Uladh.

Another great win in the Dublin League by the senior hurlers, who travelled all the way over to Rush Co Dublin, home of the market gardening in Ireland, to keep the unbeaten run going, with a score line of 2.19 to 1.10. A tight first half saw score for score, with points from Eoin and Ben McCormack, Nikki Sweeney, a monster from Jim Doyle and Cian O’Byrne converting frees, we kept our noses in front managing a nice lead at the break 11 points to 1.4. Facing into the wind in the second half our lads really turned on the style, throwing the ball around and picking off scores from all angles, Nine different Bray players got on the score board, Gearoid Murphy struck the first goal, followed by another from Brian Duggan. With our backs playing really solid, lead by Paul Barry ,Harry Stephenson and Ben McCormack, St Maurs were finding scores hard to come by, Loran Pratt was introduced mid­way through the second half and certainly made his presence felt, Paddy Lee also made his first appearance this year back after injury. Scorers on the day Ciano (11, 6f & 2 65s), Lennon (3) Padraig, Jim, Nicky, Eoin, Ben (1 each) Duggs (1.) Gearoid (1.)Itappears there is a break now in this league our next match not until 23rd June at home to GoodCouncil, many thanks to all our supporters who travelled over, you certainly were notdisappointed. Junior hurling league starts Wednesday evening in Enniskerry 7.30 throw in.

The under 14 Hurling Féile team played their delayed semi final on Tuesday evening in Arklow Rocks ground. They came up against a very tidy and proficient Carnew team and despite all the lads giving 100% effort right up to the final whistle they lost 5:7 to 2:2. The lads from the south of the county were just that bit stronger than us and despite the best efforts of the Bray team led by a ferociously determined Davy Maloney they were just unable to keep in touch. The team should be proud of their effort as they did their very best and represented the club really well by reaching this stage of the competition.

Bray Emmets hosted Glenealy  on Monday evening last . Bray played with the breeze in the first half and steadily built up a lead though the half.

Glenealy though are nothing but a proud club and their player’s tenacity shone through and they never let the Bray team fully settle as they continually hooked, blocked and tackled. Art and Conor who both played in nets for part of the first half kept a clean sheet and the back line made up of Simon, Jamie, Oscar M and Luan held Glenealy to a scoreline of two points. The midfield of Gavin, Michael and Oscar H fought tenaciously against their physically imposing opponents and helped set up and score a number of points.

The move of the first half saw three of the forwards, Tim, Adam and Evan combine to work the ball first left the right before Evan crashed the ball to the net. Cian, ever dangerous sent in a rasper of a shot that clipped the post to leave the score at the end of the half 1-5 to 0-2.

The second half saw a number of positional changes by both teams but still the intensity of the match didn’t drop. John up front allied by Luan, Quintin and Nathan continued to add scores. This was bolstered by the backs now made up of Tim, Art, Jamie and Conor who played powerful but clever hurling and sought to play passes to either side of the pitch. Glenealy though managed to find a way back into the match, in true credit to their heritage, by scoring two goals from close in frees and by another from a powerful shot from the side of the pitch.

Bray however refused to give up and despite losing their talismanic midfielder Oscar H to a nasty cut on the back of his ear (stitches will be on show soon) the remaining midfielders piled the pressure onto the Glenealy team. They were now playing their best hurling and scored a number of points as a result of fantastic free flowing moves built quickly from the back and also because of constant pressure from Simon and Adam, now in the forward line, and managed to close the game out.

Whilst all the attention was on the Feile we played two matches against Crumlin on the 3G and played very well to win both. Along with great points from Emma, April and Laura we marked up loads of skill points and just as important as scoring we kept two clean sheets.

Bray Emmets  Vs Faughs
After our soaking last week we had a lovely morning in Good Counsel and played 3 matches against Faughs. Great teamwork in all matches helped us to win all 3 and was highlighted by that fact that everyone scored at least a point. But the best was saved till last when a superb end to end goal was scored with only 4 ground strikes.