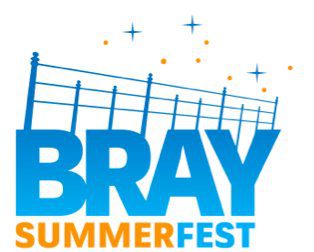 Bray Wanderers are delighted to confirm the appointment of Maciej Tarnogrodzki as the new caretaker first team coach with immediate effect.

Maciej has worked on youth development at Bray Wanderers over the past season, and has overseen the Bray Wanderers under 19s team. He joined the Seagulls in 2012 after a stint at Shelbourne FC.

We would like to thank Maciej for taking charge of training and first team duties last night, and he has the full support of the club and first team squad of players.

Speaking last night, Maciej Tarnogrodzki said, “We had a fantastic training session with the squad. There was a very positive and professional response from the players and we are all now fully focused on Friday and our main priority is picking up points. Our captain David Cassidy, despite injury, even took a small part in training last night and all of the players are fully behind the job at hand. The plan is very simple… we need to score goals, pick up points and move up the table. We have a very talented, young squad who are fully committed to Bray Wanderers. Results will come, we have no doubt.”

Bray Wanderers would like to thank Alan Mathews for his service to the club over the past few months. Alan was an extremely important part of the club’s survival last season. We would also like to thank his backroom team for their dedication and passion for Bray Wanderers.

Unfortunately results did not go our way during the opening games of the season, however the club is extremely confident this run of form will end and turn around.

The club would like to reassure supporters that the positive plans for Bray Wanderers are still unchanged.

The board and owners of Bray Wanderers are fully committed, as a priority, to sustaining the club’s Premier League status and keeping the club alive financially. There are plans to improve things on and off the pitch, and there are plans to strengthen the squad and improve the facilities at the Carlisle Grounds.

Bray Wanderers are fully committed to keeping football at the Carlisle Grounds. There are plans to improve facilities at the stadium, as we understand the importance of our home ground to supporters.

Finally, we would like to thank the community of Wicklow for supporting Bray Wanderers throughout the recent change of owners and management. Bray Wanderers is fully committed to youth development both on and off the pitch and we will continue to do so through Ardmore Rovers and Phoenix Youth. We will continue to inject this youth into match days and we are constantly working to change Saturday evening at the Carlisle Grounds into a family evening out.