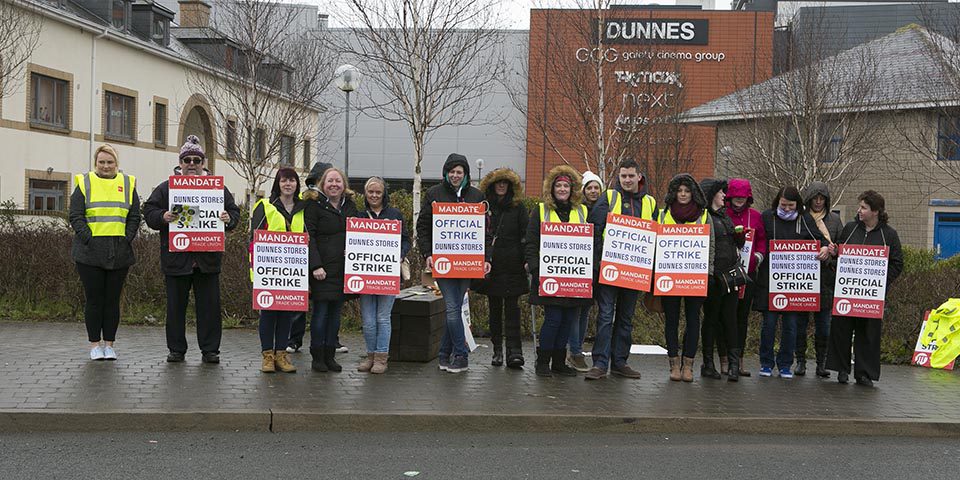 320
SHARES
ShareTweetSubscribe to our Newsletter 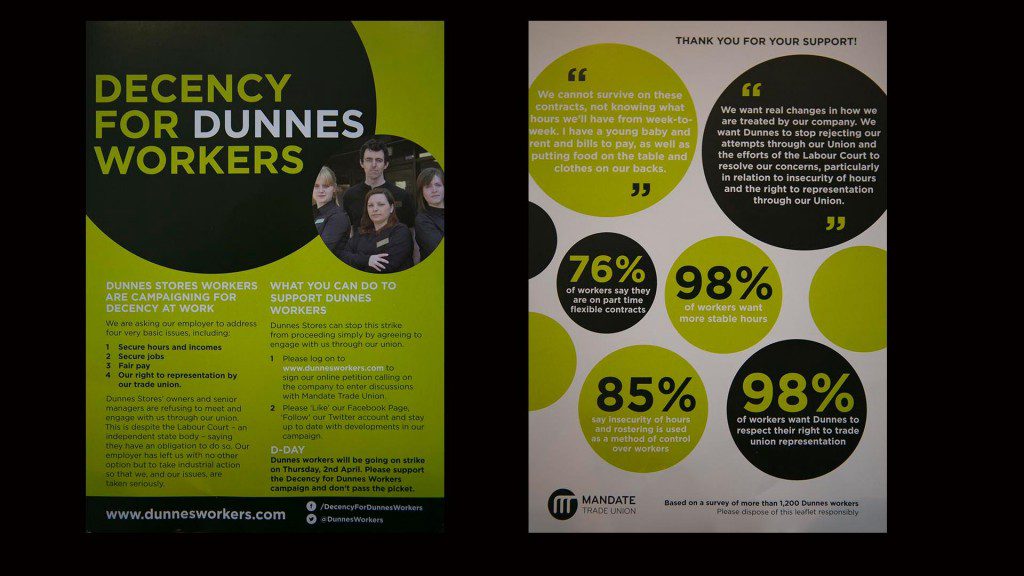 Thousands of Dunnes stores workers have gone on strike throughout the country today.

The one day strike has been called by Mandate Trade Union for better conditions and pay.

Dunnes stores have three stores in County Wicklow which include Arklow, Bray and Newtown.

Dunnes workers in Arklow were prevented from demonstrating in or around the Bridgewater shopping centre and held their protest at the roundabout on Ferrybank.