Funeral of Anne Shortall has taken place in Rathnew 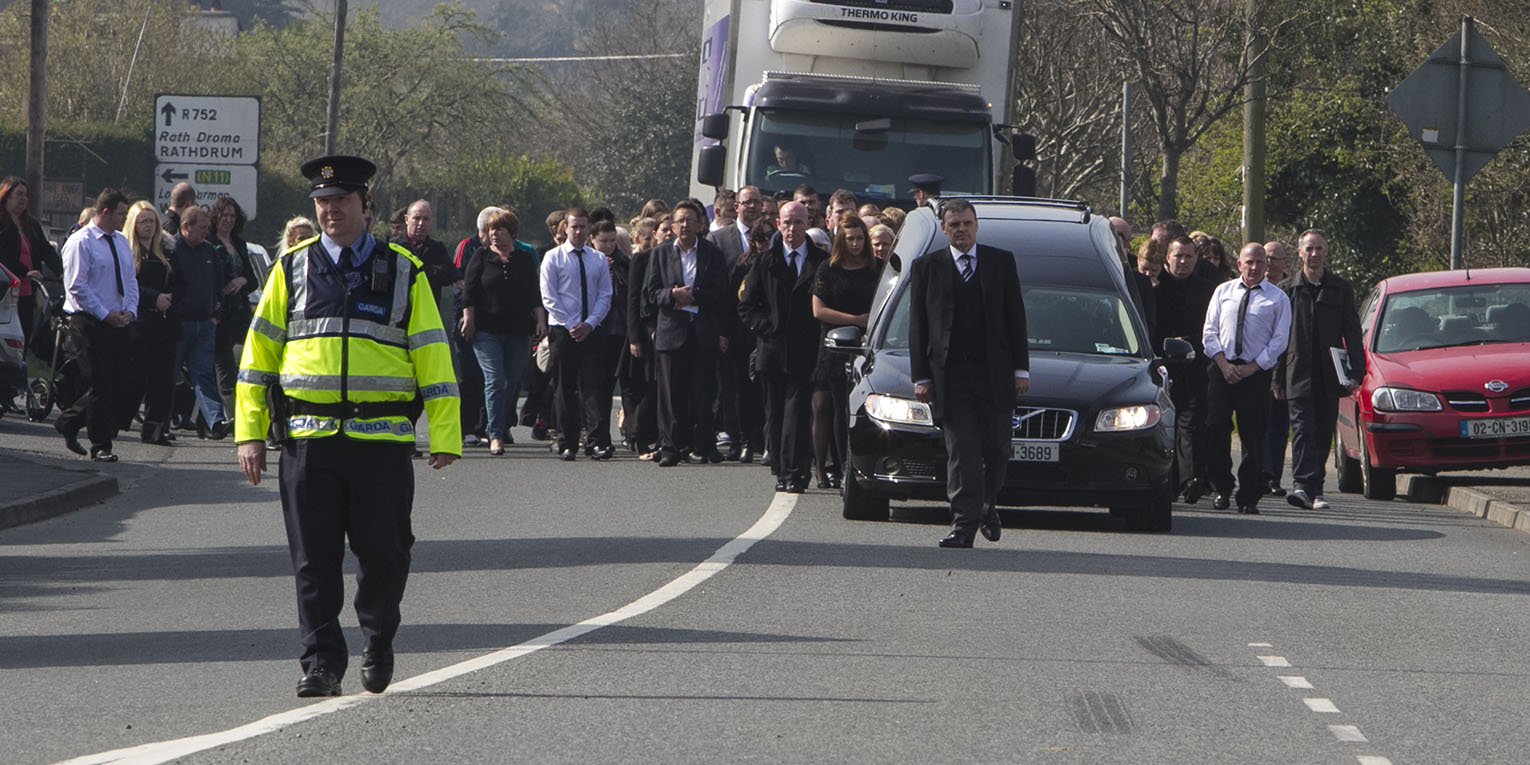 307
SHARES
ShareTweetSubscribe to our Newsletter

The Funeral of mother of three Anne Shortall took place today in Rathnew.

The small church of St.Joseph’s in the village was unable to cope with the large crowd who attended, hundreds gathered outside.

Fr.Roche expressed the feeling of grief that had been felt throughout the community since Anne went missing on Good Friday, he spoke about the candlelit vigil on Parnell bridge in Wicklow town on Wednesday night . He said it was a powerful symbol of the community coming together in support of the Shortall and Doyle families.

Family members placed a family photograph, a deck of cards and toys on the coffin, while sisters Eileen and Josie brought up the gifts.

Yesterday Roy Webster appeared at Bray court and was charged with Anne Shortall’s murder, he is now due to appear at Clover hill court on the 16th of April.