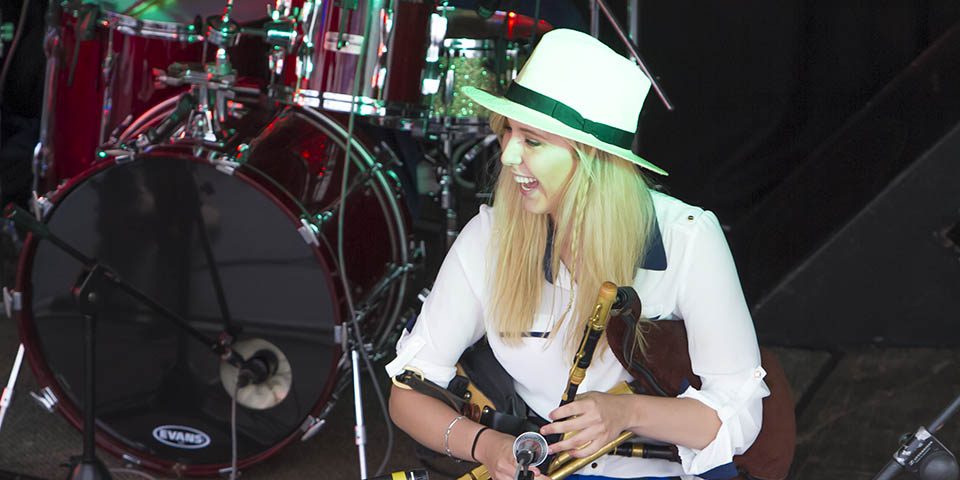 Wicklow musician Lottie Cullen is among a host of artists whom appear on the new album “Songs from Ireland” by Irish/Australian artist Damien Leith.

Uilleann piper Lottie who hails from Newcastle plays on no less than six tracks including “Black is the colour” featuring Sharon Corr.

The 20-year-old took time out of studies after the leaving cert to tour the United States for six months and Germany with Trad/Rock/Pop band Perfect Friction, of which her sisters Courtney and Kelly are members.

Though she will be returning to college later this year to study Radiography and music in UCD.

Her busy summer schedule starts this Thursday when the band fly out to Zimbabwe to play at the week long HIFA 2015 festival in Harare. Then it is off to China from July until October with “Heartbeat of Home” (Riverdance) and after all that will be playing gigs over the weekend winter months in Spain, France and Italy.

The album “Song From Ireland” is available from i-Tunes here