Mark Geary at the Courthouse Saturday May 9 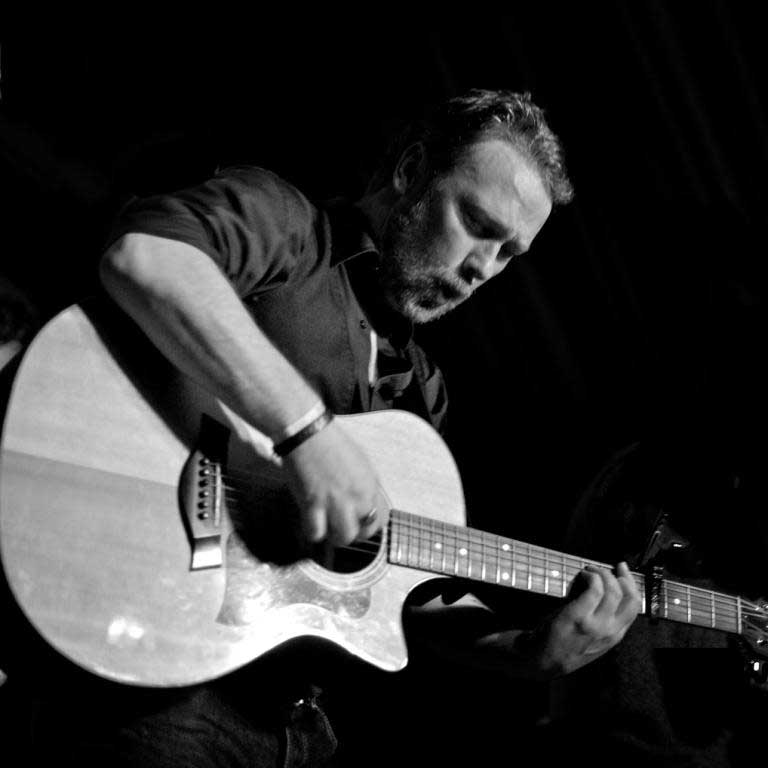 What do Coldplay, The Frames, Glen Hansard and The Swell Season have in common? They have all performed with Dublin born musician Mark Geary, who over the last 20 years has split his time between Ireland and New York City. The Courthouse Arts Centre is delighted to welcome this respected musician to his first performance on our stage.

Geary left Ireland for New York as a 19 year old after a green card lottery win. He supported himself working as a bartender, devoting his free time to honing his song writing skills inspired by artists such as The Beatles, Nick Drake, Radiohead and Van Morrison. He put in his time in small venues and open-mics around the city, earning the respect of audiences and other musicians, before becoming a regular at the famous Sin É club playing alongside artists such as Katell Keineg and close friend Jeff Buckley. Of Mark’s time in New York, Time Out NY magazine said “His delicate songs about love and defiance…recall Richard Thompson and John Lennon….one of the East Village’s favourite adopted sons.”

Touring and performing live is Mark’s lifeblood, and he regularly tours Europe, the US and Australia. He has performed with the likes of Josh Ritter, The Frames, Coldplay, Elvis Costello, The Pretenders and Joe Strummer. This spring Mark will be road testing songs from his forthcoming 5th studio album, due this autumn. So we can expect to hear some exciting new works in the line up when he takes to the Courthouse stage with his band.
Mark is described as a “quintessential singer-songwriter” and his records have been hailed as encapsulating both boisterous joy and gentle, delicate moments that endear themselves to the listener and evoke comparisons to artists such as Van Morrison, John Lennon, Elliot Smith and Richard Thompson.
“He’s the quintessential singer-songwriter.” – Hot Press

“Geary can add or take away from his songs, the result is always good, their transparent simplicity is compelling and the lush harmonies are enough to give you goosebumps.” – Zürcher Oberländer Zeitung