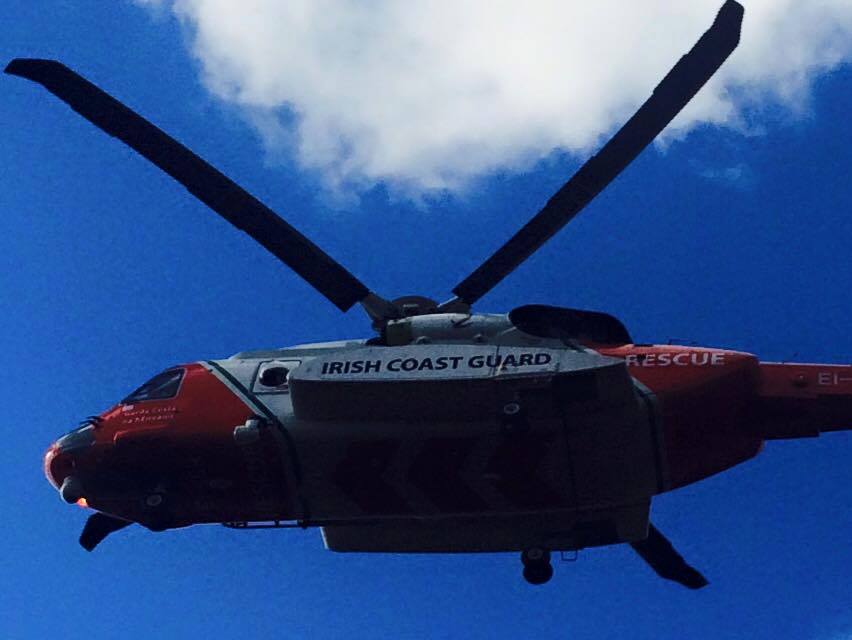 The woman in her twenties had been walking on Djouce mountain when she became ill and a friend called for assistance.

A rendezvous point was established and Rescue Base was set up on the Long Hill Road before hill parties could be sent out to find the young hiker. There was an excellent response from mountain rescue and an MR Advanced Paramedic assessed the girl on scene before she was evacuated by Landrover to local accommodation.

The 14yr old boy had been walking the Spinc Boardwalk with his Dad when he fell and injured his knee. The boy was treated on scene and transported by MR personnel who stretchered him down to the main forest tracks. The pair were then taken by Landrover back to the upper lake car park from where they were able to make their own way to further care.

A busy day ahead looked likely, this incident was stood down at 15.30 just as another call was coming in!

Just as the Spinc callout was ending, both MR teams were tasked to the second callout of the day involving a man who had suffered a leg injury during a group walk near Lough Firrib in Wicklow.

Rescue Base was established on Turlough Hill and the first stretcher party were deployed shortly afterwards to locate the casualty. Many MR members were still in the area so there was an excellent response to this call and additional hill parties were sent in to help with the stretcher carry. A HSE Ambulance was also tasked.

The 60yr old hiker was located and given initial treatment. Ongoing assessment suggested helicopter support would be the most appropriate course of action. Whilst awaiting response regarding helicopter availability, the stretcher party began evacuation and simultaneously, MR personnel escorted the HSE Paramedic to the scene. The Coastguard 116 were able to respond and the casualty was airlifted and brought to hospital for further treatment. Rescuers then escorted the gentleman’s friends off the hill and returned to Rescue Base.

The incident was stood down at 18:50. Thank you to everyone for such a great turnout.

Thank you also to all the other agencies involved including the HSE, Air Corps, Coastguard and An Garda Siochana.