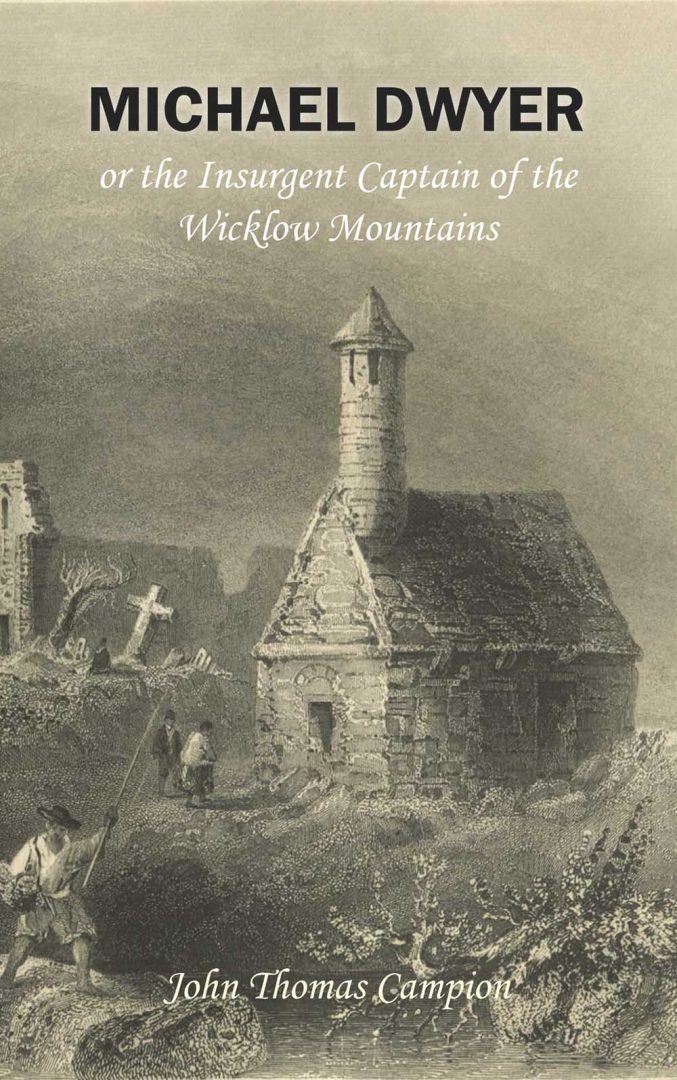 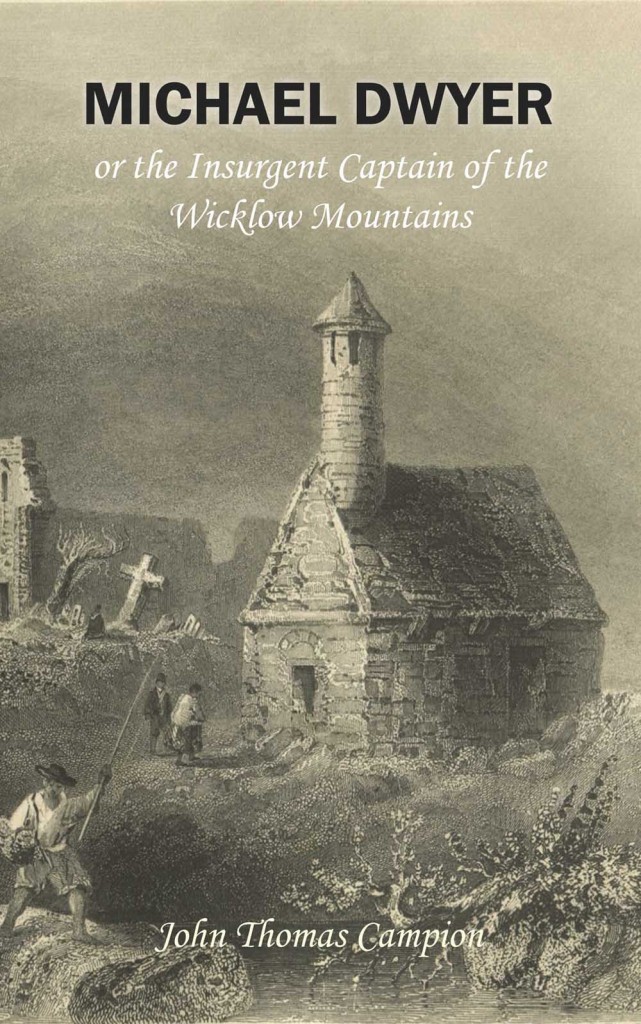 When the 1798 Rebellion had all but run its course, and the cause of the United Irishmen was evidently lost, Michael Dwyer and a band of loyal followers took to the Wicklow mountains from where they continued a campaign of defiant resistance against British authority in Ireland. The insurgent’s bold and courageous exploits, and his ingenuity in avoiding capture, became legendary in Wicklow and far beyond. Half a century later, a Kilkenny born doctor, John T. Campion, was so inspired by the thrilling tales of Dwyer’s derring-do that he put pen to paper and wrote an account of his life as a guerrilla fighter—“Michael Dwyer; or, the Insurgent Captain of the Wicklow Mountains.”

The book, based on historical and eyewitness accounts, was first published in New York around 1856, and went through a number of editions until the beginning of the 20th Century. Since then it has been out of print—until now. Books Ulster, a County Down based publisher, has just this month released a new edition—the first in probably more than a hundred years.

“People may wonder why a County Down publisher is producing a book of Wicklow interest,” said Derek Rowlinson, proprietor of Books Ulster. “Well, the answer is that we’d only just released a new edition of “Betsy Gray or Hearts of Down” by W. G. Lyttle, an historical novel about the ’98 Rebellion in County Down—then, by chance, I stumbled across and read Campion’s “Michael Dywer”, and was struck by the similarities between the two—in many respects they were like the same book, but with different settings. Both railed against the oppression of the people and described similar acts of treachery and cruel barbarity, and the hero and heroine of the stories were virtually beatified by the respective authors. Anyway, when I discovered that “Michael Dwyer” was long out of print, I decided that it was high time to make it available again. The legend of Betsy Gray still attracts a great deal of interest in County Down as I’m sure the story of Michael Dwyer does in Wicklow.”

Although the events chronicled in the book happened more than two centuries ago, they are possibly more gripping today than they ever were, because some of the atrocities committed then are almost unthinkable to the modern reader. The mutilated corpse of a deserter called Moore, for instance, was hung by a gibbet on the brow of a hill for a fortnight. Two brothers, taking pity on his widow eventually cut him down and buried him:

“But [writes Campion] the yeomen hearing of this daring act of humanity, instantly sallied forth, exhumed the corpse, and set it up as before, upon the gibbet. Moore’s afflicted wife then again commenced her incessant watches, her prayers, and lamentations, until meeting Miss Hume one day, she threw herself on her face before her, and begged her to obtain for her the dead body of her husband, to give it Christian burial.”

The book also contains a reminiscence of Dwyer’s niece, Anne Devlin, who was housekeeper to Robert Emmet and who refused to betray him despite facing the threat of death for her loyalty. She died impoverished in 1851 and was buried in a pauper’s grave in Glasnevin cemetery. Dr. R. R. Madden, historian of the United Irishmen, subsequently organised a monument to be raised in her memory.

The cover illustration for this new edition is a W. H. Bartlett engraving (c. 1841) of a scene at Glendalough. The text has been reset and additional footnotes added.

“Michael Dwyer; or, the Insurgent Captain of the Wicklow Mountains” (ISBN: 978-1-910375-28-0) is available exclusively through Amazon at (approximately) €10. It is also available as a Kindle download.