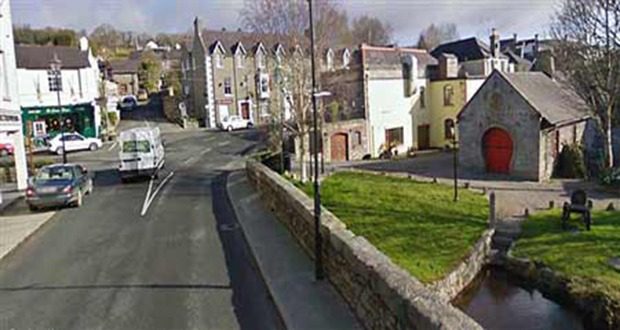 Fresh from winning the U14 Div 4 All- Ireland, the U14 hurlers made the trip to Carnew last week to play the host club. Carnew are never an easy team to beat and again this proved to be the case. Luke O’ Toole’s struggled to break down the Carnew defence and had to settle for points throughout the game, the score was level at  0-5 to 1-2 at half time, however it was Luke O’ Toole’s ability to score points that saw them win out in the end. Luke’s added 6 more points in the second half, while Carnew for some reason kept going for goals. In the end they had to settle for one solitary score, a point just before the final whistle to leave the final score at 0-11 to 1-03. Luke O’ Toole’s learned a valuable lesson from the game, they may have won an All-Ireland, but they are going to have to be at their best if they think they are going to win an U14 county hurling championship. One thing is for sure, it wont be handed to them.

Aughrim Juvenile Club
The Aughrim Juveniles have been very busy of late. The club hosted an U8 and U10 hurling blitz on Friday July 3rd, teams attending were The Arklow Rocks, Kiltegan and Tinahely. The two U8 teams continued to improve and did very well while the U10’s won all their games. A big thank you to the young whistlers Diarmuid, Katie and Sheenagh for helping out and to the parents who helped out on the night.

On Saturday July 9th the U8 footballers travelled to Shillelagh for their blitz and again played very well. on the same morning the U10 footballer’s hosted a football tournament, where teams from Killanerin, Clonmore and Knockananna took part, Aughrim ended up winning the tournament in a closely contested final. The tournament was sponsored by Declan McGuckian and the cup was proudly lifted by captain on the day, Declan’s son Joe. Well done to all the team: Joe McGuckian, Cian Keogh, Mark Shannon, Alex Kavanagh, Stephen O’ Toole, Dermot Toomey, Ian Byrne, Ryan Kinsella, Corey O’ Toole, Dessie Fitzgerald, Layton O’ Neill, Lorcan Toomey and Conaill O’ Brien, and to the two mentors: Eugene O’ Brien and Alan Kinsella.

Next up were the U12 hurlers, who are having a fantastic season, they dished out a heavy defeat to Kilmacanogue on Monday July 13th and are playing a lovely brand of hurling at the moment.

The U8 hurlers and footballers travelled to Croke Park on Monday 13th also. 29 kids in total travelled with 15 playing hurling and 14 playing football, the kids got to experience the Croke Park dressing rooms and warm up area, they had their photograph taken on the pitch before playing Rathdangan of Kildare in both matches. Although both teams were beaten, they both put up a great show and enjoyed their short time playing on the Croke Park turf. They then climbed the Hogan stand and had more photos taken in the presentation area. All in all it was a fantastic day out, for some it was their first time in the stadium and they got a real buzz from playing in such a fantastic venue. Overall 90 parents and family members made the trip and the memories should last a life time. The stars of the future were : Mark Tyrell, Iona McKenna, Christopher Nacey, Tara Carroll, Liam Molloy, Jem Thomas, Ryan Kinsella, James Lambert, Mikey Keogh, Colm McGuckian, Aaron Mooney, Pauric Lambert, John Fanning, Ciara Leccardi, Brody Byrne, Darragh Fox, Marc O’ Shea, Aaron Kavanagh, Dominic O’ Loughlin, Cameron Delaney, Bea Clancy, Matthew Byrne, Kyle Moules, Darragh Rice, Casey Byrne, Conor Wilson, Cian Delaney, Cameron Byrne and Peter Toomey. Well done to all.

The U8 and U10 hurlers were back in action on Friday July 17th at St Pats ground in Wicklow. Both U8 teams won some of their games and again continue to improve, 23 hurlers in all made the trip. The U10’s again did very well, with the skills levels of some a sight to see.
Our Next blitz is a football blitz in Knockananna and we are looking for a full turn out of players at U8 and U10 level.

Visit your local market at The Pavilion, Rednagh Rd, on Saturdays from 10 -2pm. A wide selection of local artisan produce including home baking, farm fresh free range eggs, meat & vegetables, pates & frittatas, new season jams & chutneys and lots more. Why not drop in for a tasting and see for yourself. You will also find wonderful handcrafts & aran knits, natural handmade soaps & beeswax candles and beautiful handmade jewellery. And for the children, cute handmade fairy doors and magical fairy paraphernalia. Why not drop in for a cuppa and a warm welcome to our market cafe and see for yourself? For further information please contact: 0860866838.

Notes Deadline
Items to be included in the Aughrim notes should be emailed to aughrimnotes@eircom.net before 8 p.m. on Sundays.  Do not send attachments.