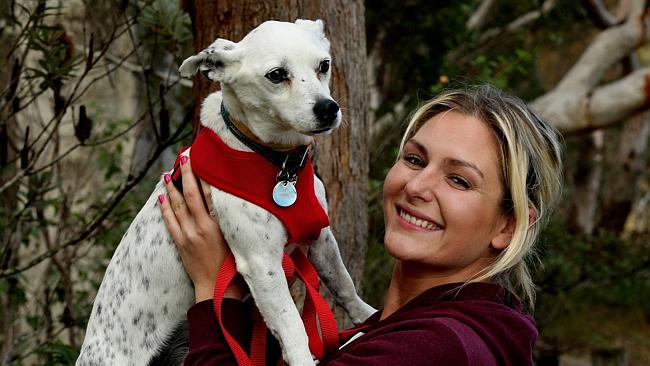 290
SHARES
ShareTweetSubscribe to our Newsletter

Having been a volunteer at the WSPCA, Ceallai O’Connell from Arklow has become an angel for dogs on death-row after her move to Australia.

BARNABY the cattle dog cross has been looking for a family for three years.

Riley, a foxy cross, has been waiting for the right couple to take him in for four years. But they’re lucky. These affectionate dogs were saved from death row.

They are the longest-serving residents at Monika’s Doggie Rescue, a Sydney shelter that saves dumped and abandoned dogs from death-row pounds across Sydney.

And while they found a temporary home at the Ingleside shelter, their trainer Ceallai O’Connell says she won’t give up hope of finding these beautiful dogs the right owner.

“What breaks my heart is that I can see how wonderful and full of love these dogs are and yet they stay here year after year,” O’Connell says.

“Our aim here at the end of the day is to make these dogs adoptable. They come to us for a variety of reasons — marriage breakups, a family going overseas, no longer wanted, or lost — and often they have behaviour issues that may make it hard for them to find a new home.

“So we work with them to correct these issues and make them adoptable, but there’s only so much we can do, there’s a lot of dogs here every week who need homes. And we won’t give up on them until they find the perfect home.”

O’Connell is clearly passionate about her job as resident dog trainer at Monika’s Doggie Rescue. Her lifelong love of animals was cemented when she volunteered at the RSPCA in her native Ireland in her spare time, caring for puppies who had been found abandoned.

In 2012, she gave up her paying career as a beauty therapist and moved to Australia from Arklow.

She joined Monika’s team, at first cleaning kennels and feeding the dogs, and later became a kennel manager. She soon became responsible for putting the dogs into social groups, an important task which allows them to become socialised and better behaved around other dogs.

Earlier this year she completed a course to become a dog trainer.

She readily admits she is a bit of a sucker when it comes to her furry charges, taking in two dogs herself that had been at the shelter for several years each.

One was an aggressive chihuahua named Sam who was not very friendly and would run at people. The other was a jack russell called Smoochy who barked so much he lost his voice. Both pups are now a permanent part of O’Connell’s family and much better behaved than they were when they arrived at the shelter.

“I love my job and I love working with these dogs, it’s so rewarding to see them respond to the training and improve their behaviour,” she says.

“We work with dogs who have a variety of issues and we try to correct them by making positive associations about the things that causes them stress and anxiety.

“For instance, when Riley came to us he was quite scared of males, which led us to presume he had been mistreated by a man. So I’d take him for walks and ask men on the street to offer Riley food rewards so he could start to make that positive association.

There can be up to 200 homeless dogs at Monika’s Doggie Rescue at any one time. Monika regularly receives a list from pounds around Sydney indicating the dogs that are 24 hours from being put down.

She takes in as many as she can and works hard to find new owners.