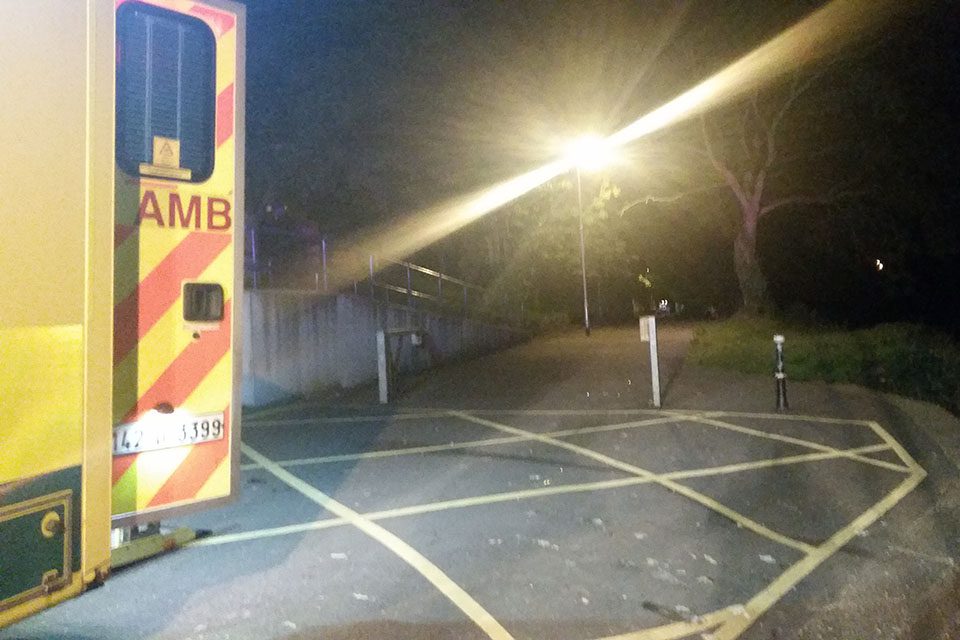 Following a pager alert at 9.25pm on 16.08.15 Arklow RNLI’s volunteers prepared to launch RNLB Ger Tigchlearr to assist in a search for a cyclist whom was reported to have fallen into the Avoca River.

During the process of launching it became clear that the casualty’s reported location was about 1 mile north West of the Lifeboat Station, this put the position, up river from the “19 Arches” bridge which meant our All Weather Lifeboat would be unable to reach the location.
A decision was made to take the necessary equipment required to give assistance and proceed to the scene by car.

John Tyrrell, Arklow Lifeboat Operations manager said:
“I’d like to say well done to all involved, this incident involved almost all of our local emergency services, through the inter agency co-operation we all managed to save a life, again this shows the importance of our emergency services training together to work together”