116
SHARES
ShareTweetSubscribe to our Newsletter

Chairman Rob Donnelly would like to thank all the couples who danced and everyone who came for helping make the night such a wonderful success. With over 750 audience members present plus 20 couples dancing representing various groups and charities the hotel was packed to capacity and the atmosphere was electric.

Tickets went on sale three weeks ago and sold out in less than 15 minutes. Richie Neary warmed up the crowd and then Jim Furlong and Elaine Sweeney took over as the hosts for the night. The two guest judges were Paul Pritchard and Mike Murphy. The show went on for about 4 hours.

The 20 couples performed their individual dances and the Avonmore girls also performed a dance to “Buenos Aries” to advertise Avonmore’s next Musical Production “Evita” which will be staged from Tues 29th March to Saturday 2nd April 2016. The main winners on the night were Gerry Brauders & Eimear Harper who won on behalf of “Caveman”.

All dances were devised and taught by Avonmore’s Choreographer Martina Lynch who was also the Main Judge on the night. The whole night was organised on behalf of the Avonmore by Tomas Byrne and Sharon Kenny. The society is indebted to these three for all their dedication to the project. Avonmore would like to thank Main Sponsor Colin Moore, Trophy Sponsors Mary and Eamonn Burke and Prize sponsors The Arklow Bay Hotel and Niall (Deef) Mc Carthy for all their help and support.
Avonmore are delighted to announce that due to the popularity of “Strictly Come Dancing” and because so many were unable to get tickets that they will be presenting “Strictly Come Dancing” again on the 14th November in the Arklow Bay Hotel. This night will not be a competition but a showcase of all the dances and should be a great fun night out. More information will be announced in the coming weeks. Keep a watch on the Avonmore website and Facebook for more details. 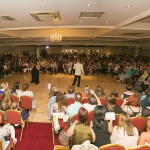 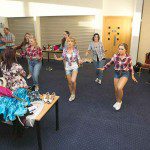 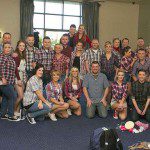 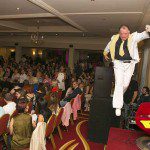 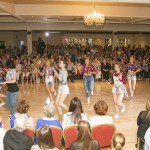 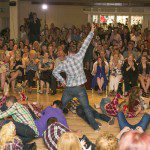 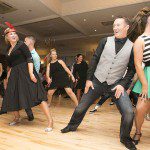 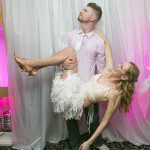 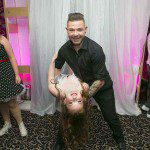 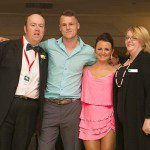 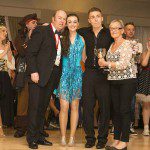 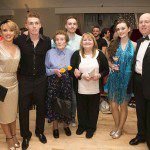 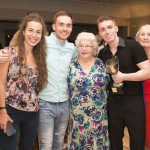 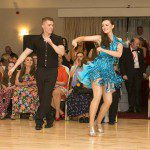