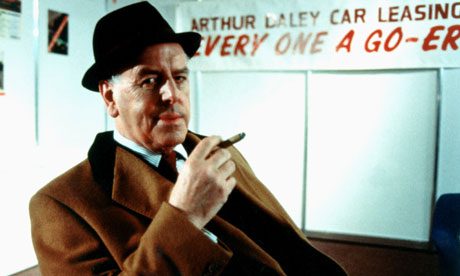 He also starred in a number of St Trinian’s films as shady businessman Flash Harry.

Agent Derek Webster said Cole had died at the Royal Berkshire hospital following a short illness, surrounded by his family.

“It is with deep regret that I have to announce the sad death of one of our most loved and respected actors,” he said.

Cole played opposite Dennis Waterman’s Terry McCann, an affable bodyguard, in ITV’s Minder for more than a decade.

Waterman, who sang the theme tune, left the show to be replaced by Gary Webster for the final two series.

Arthur Daley became a TV legend as a small-time crook who was always dreaming of bigger things.

Cole played the remarkably similar Flash Harry in four St Trinian’s films, between 1954-66, starring alongside the likes of Terry Thomas, Joyce Grenfell and Sid James in the boarding school comedies.