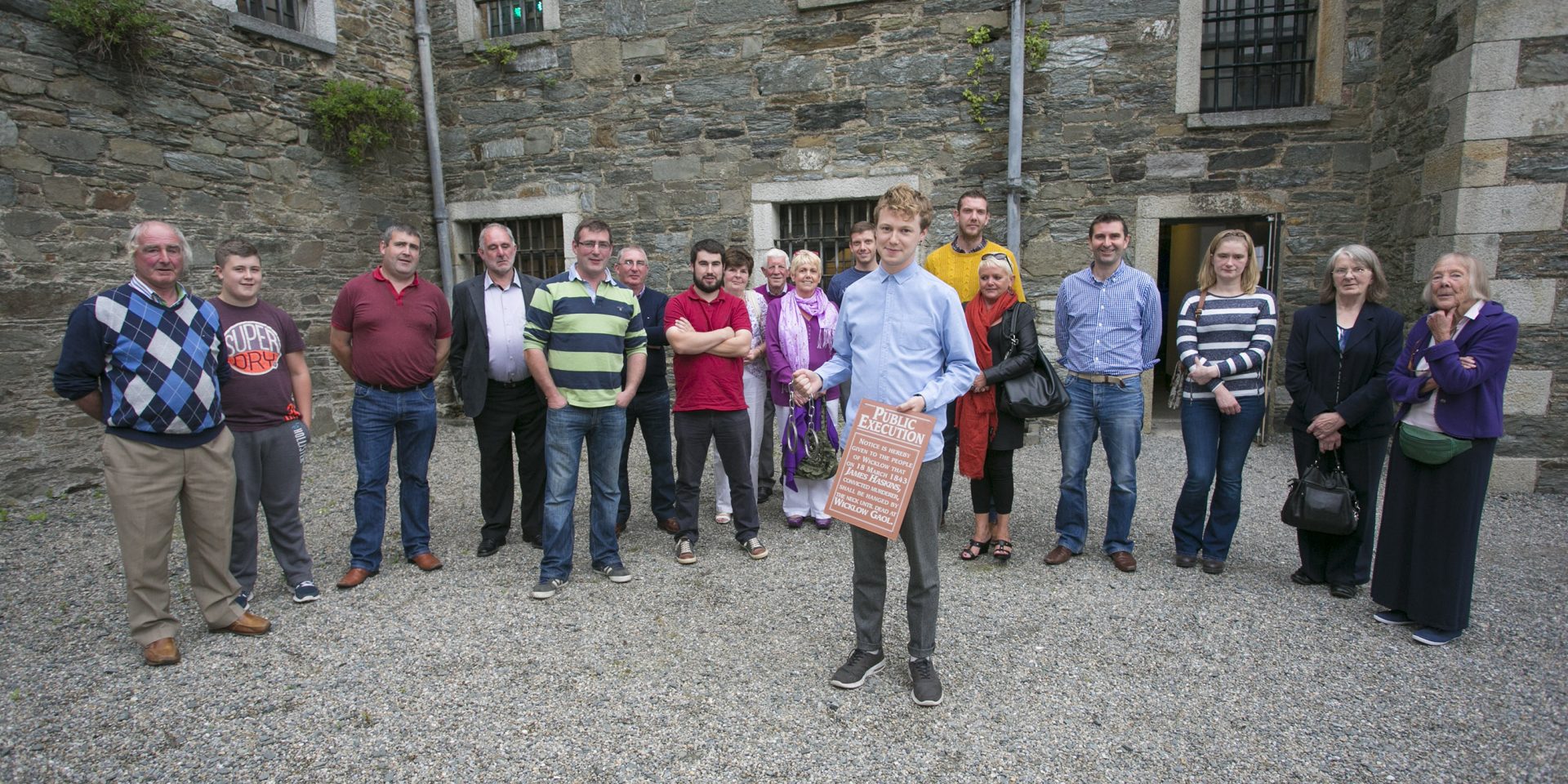 There are not that many people named Haskins– but four Wicklow branches of Haskins came together at Wicklow Gaol last week, all in the name of a convicted murderer!  It seems many hoped he might be a relation…

James Haskins – the last man hanged at Wicklow Gaol in 1843 – led one young man, Dylan Haskins on a discovery mission – to see if they shared the same DNA.

28 year old Dylan spent the past year working with the RTE Radio 1 Doc on One team tracking down would-be descendants of James Haskins, the last man hanged at Wicklow Gaol, in a bid to shed light on his own ancestry.

His quest led to DNA tests, travels across Ireland and even as far as the House of Lords in England, finally culminating in an exclusive RTE radio documentary chronicling his journey.  The documentary is now available to listen to online.

Guests at last Thursday’s launch of the documentary included RTE Doc on One Producer, Nicoline Greer, Dylan Haskins himself, history lovers from across Wicklow – and special guests involved in the documentary.

The audience gathered included six of the nine participants in the documentary; historian Joan Kavanagh who has spent over thirty years researching Wicklow Gaol, Willie Stedman from Coolalug near Tinahely who once lived in the house where the murder happened at Rosnastraw, Pat Coogan from Mangan’s Lane where James Haskins grew up, Tom Haskins from Stratnakelly, Harry Haskins from Enfield and Ann Pratt (née Haskins) from Oatlands.

They were joined by over 25 different Haskins’, representing the four extant branches of the original Haskins family who came to the Tinahely area of Co. Wicklow in the early 1700s. It was the first time all families had met each other.

Willie Stedman, 89, a farmer and storyteller from Coolalug near Tinahely was joined by his wife Sadie and daughters Vera and Nuala.

There was even a James Haskins present on the night – in the form of Dylan’s younger 20 year old cousin.

Guests gathered in the Jailer’s Cavern for the listening event, where they were treated to an exquisite selection of delicious bites specially created by the Jailer’s Rest Restaurant for the event.

Dylan’s father had begun the journey to discover who James Haskins was and to see if they were related.  But he kept meeting dead ends and it was shelved as a cold case in the family history.   Eight years ago when Dylan’s Dad passed away, Dylan decided to finish what his father had started.

His journey and findings are now available on the RTE Radio 1 ‘Doc on One: The Murderer, Me and my Family Tree’ at the following link: http://www.rte.ie/radio1/doconone/2015/0728/717787-the-murderer-me-and-my-family-tree/ 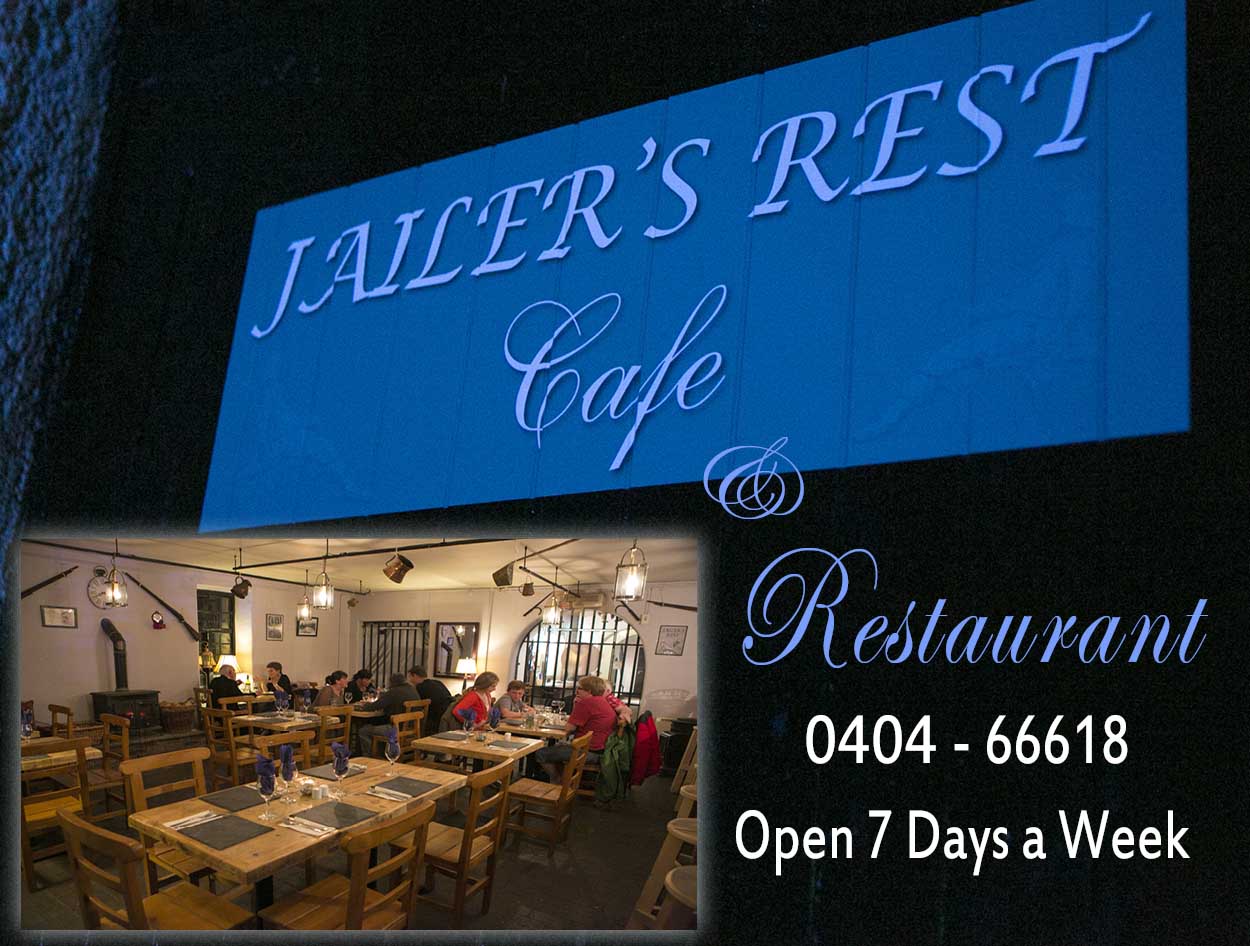