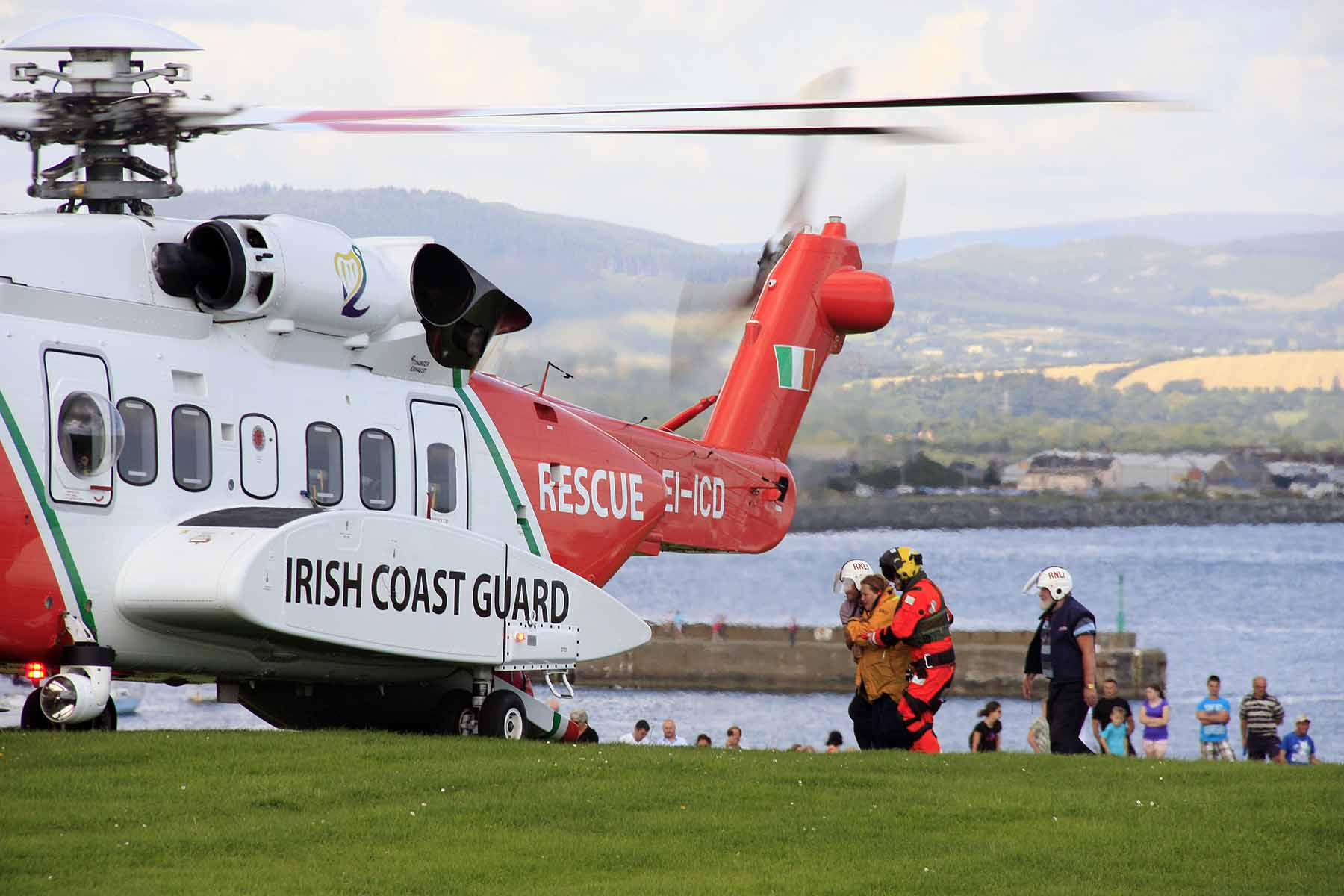 Both Wicklow RNLI lifeboats launched at 11.30am this morning, after the Coast Guard received a report of a swimmer in difficulties at the long rock, near the Silver Strand beach.
The Inshore lifeboat was quickly on scene and located a female swimmer unable to get ashore. Weather conditions in the area were described as wind south easterly force three.

Visibility was good and sea state was slight.
The woman had been swimming with her husband and two children at the beach, during the swim she got separated from the group and carried further offshore by rip tides. Her husband and children managed to get ashore.

The woman was eventually able to scramble close enough to rocks, enabling some quick thinking people on the beach to throw a rope out, for her to hold until the lifeboat arrived. She was unable to get to safety due to the sheer angle of the rocks and exhaustion.
The inshore crew took the woman from the water and administered first aid. During the assessment on the way back to Wicklow, she was showing signs hypothermia and shock.
A short time after the lifeboats returned to Wicklow, the Coast Guard helicopter ‘Rescue 116’ arrived overhead. The winch man was hoisted onto the East pier, to render medical assistance to the swimmer at the lifeboat station, before being airlifted to Tallaght Hospital.
Speaking after the callout Wicklow RNLI Press Officer said ‘This was a joint operation by our volunteer lifeboat crew and the Coast Guard. In which a female swimmer was rescued by the inshore lifeboat crew in an area notorious for rip tides.’