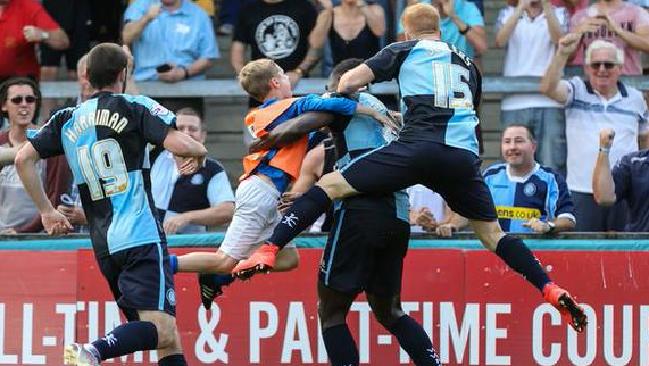 Hunt, now known across England as the Wycombe ball boy, is getting plenty of admiration from across Europe and America after celebrating with players as the League Two outfit scored a late 95th minute equaliser in its clash with Dagenham & Redbridge at Adams Park.

Hunt is filmed sprinting from behind the signage behind the goals to run and celebrate with Wycombe player Aaron Pierre after the defender slotted a header into the net to secure a 1-1 draw.

It’s not often the local football side makes international headlines.

But Taylor’s run and leap into Pierre’s arms has got tongues wagging.

The video shows hunt being embraced by the Wycombe player before they are both swarmed by Wycombe teammates and mobbed in a scrum with fans on the fence of the field.