The sky is the limit for world war II Wicklow pilot 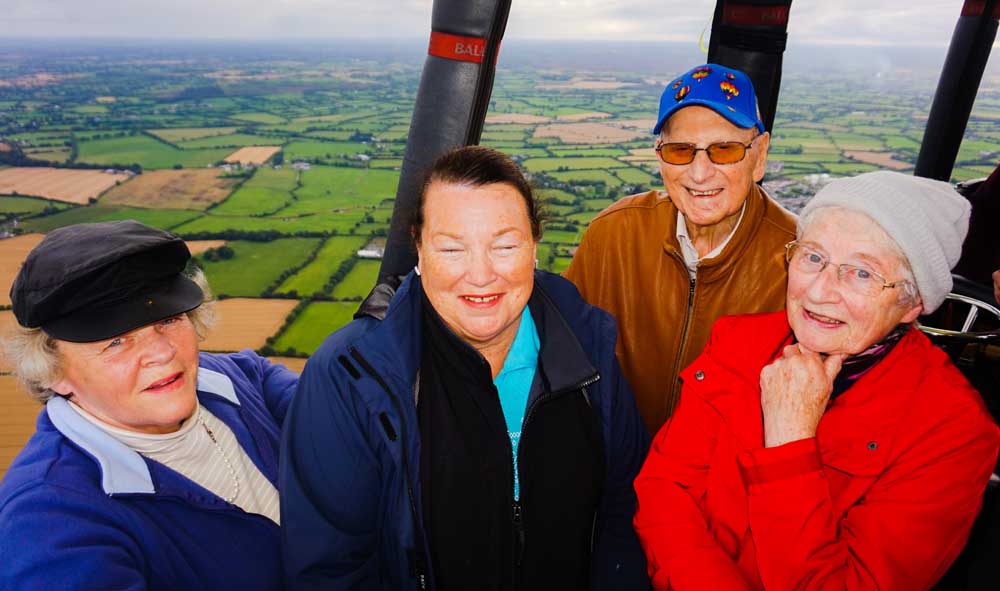 World War II RAF Warrant Officer Ted Veal had another dream come true when he ticked Hot Air Ballooning off his bucket list on 15.9.15. Ted, aged 93, first made headlines in World War II when he became the sole survivor of a U.S. Baltimore bomber which went down in the Italian Abruzzi Mountains when both engines failed. 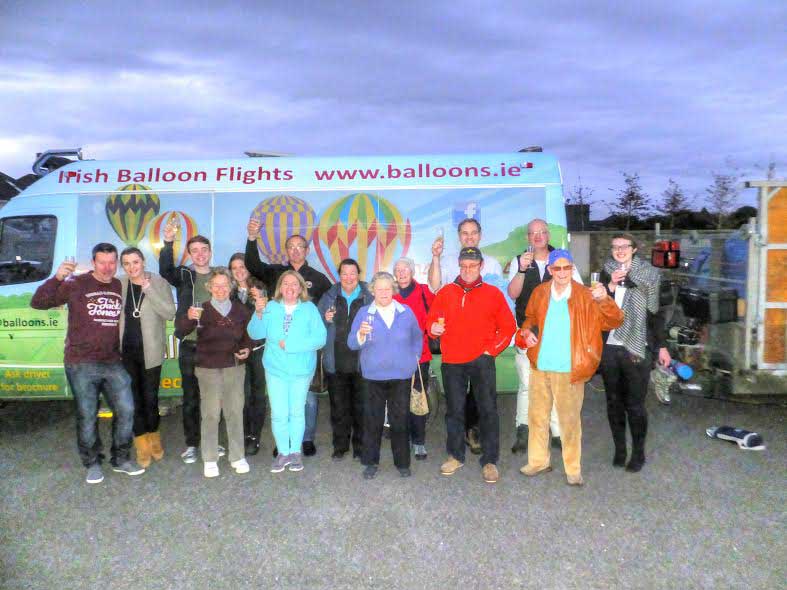 Ted scrambled free of the aircraft and managed to deploy his parachute but landed behind enemy lines; luck was on his side however when an Italian family took him in and looked after him until the war ended just a few days later. A war office letter warned his parents that Ted was missing in action in 1944 behind enemy lines. His mother is reported to have said “there was no need to worry about Ted – if he fell into a sewer he would come out smelling of roses”.
Ted, who moved to Ireland in 1969 with his Irish-born wife Deirdre Wilkinson, recently made the headlines when he rode Europe’s largest wooden rollercoaster with an inversion at Tayto Park. He stated it was only “seven out of ten” on the scale of terrifying things he has done and the next thing on his bucket list was a Hot Air Balloon ride. 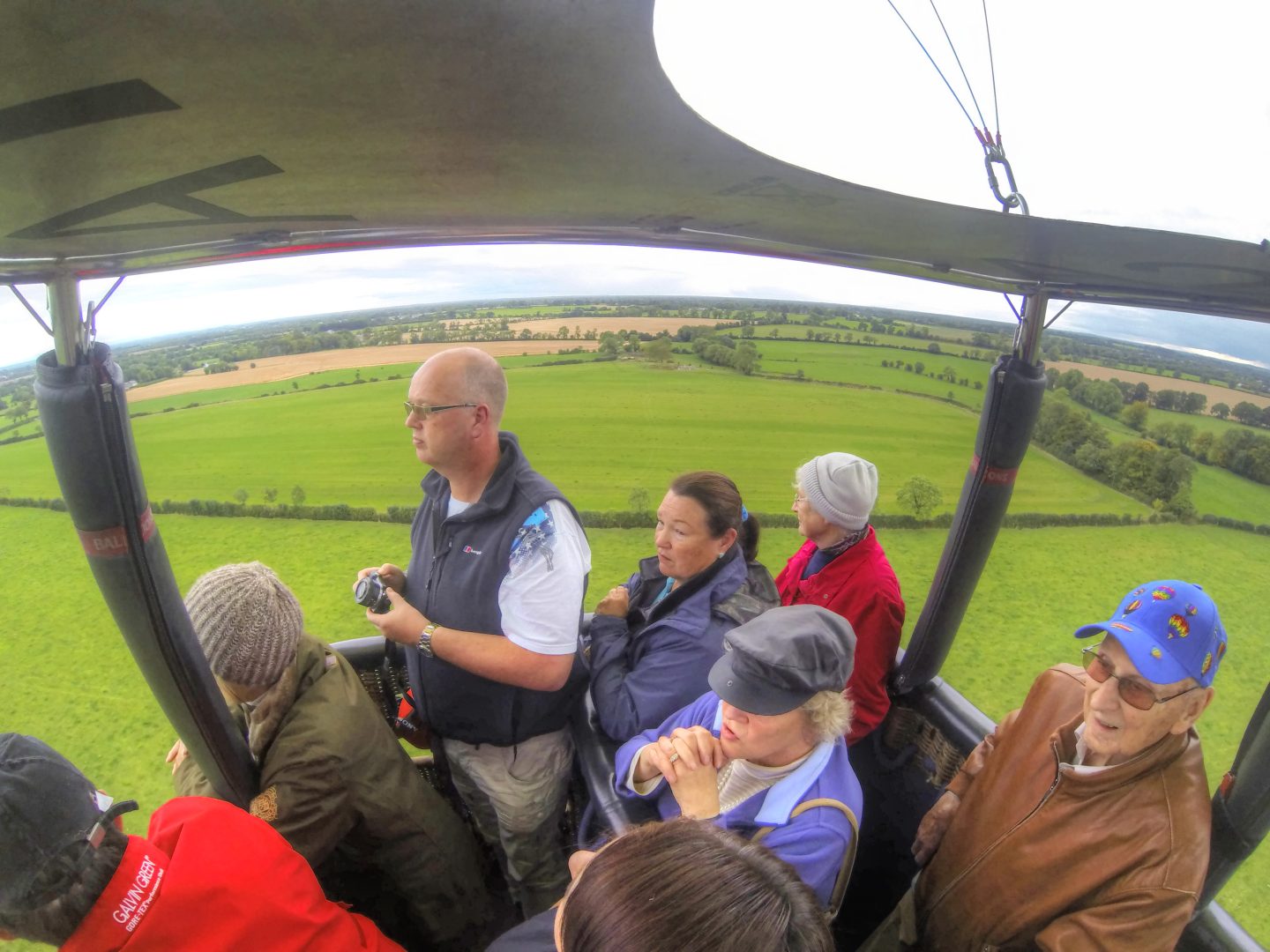 Irish Balloon Flights took Ted and 5 of his friends on a flight over the beautiful Meath countryside a few days ago. When asked how he enjoyed the experience Ted stated “it was nothing like flying in a spitfire, it was very calm and slow”. Enjoying a glass of champagne after the flight Ted talked to us about his adventures and the experiences he has had in his life. “He is an amazing gentleman – someone you could sit and chat with for hours on end” “I am looking forward to reading the biography of one of the most active nonagenarians I have met in a long time,” stated Pauline Baker, Operations Director, Irish Balloon Flights. His biography is titled War & Peace written by Peter McNiff.