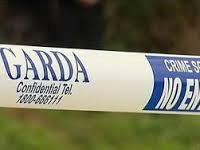 Two men have been charged with assault causing serious harm following the death of a 41-year-old Latvian man in Tullow yesterday morning.

The body of 41-year-old Latvian national Gints Intenbergs was found in a house he was renting on the outskirts of the town shortly after 9 am.

Another man was also removed from the house to St Luke’s General Hospital in Kilkenny with serious injuries.

Gardai subsequently arrested two men, one Latvian and the other Irish, and they were taken to Carlow Garda Station.

Liam Power, 51, and Dzintars Zackalausks, 31, appeared before Judge Eamon O’Brien at Carlow District Court this morning and were charged with the crime.

The pair were remanded in custody and will appear before Cloverhill District Court next week.