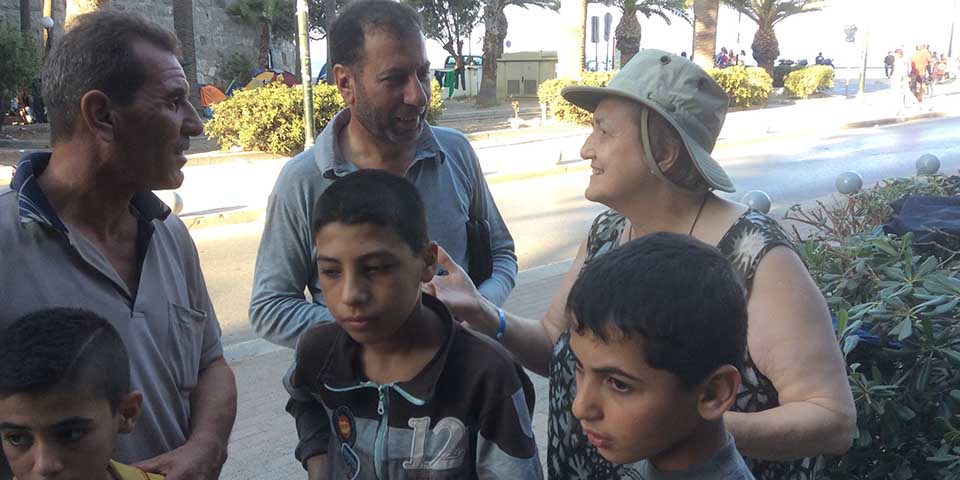 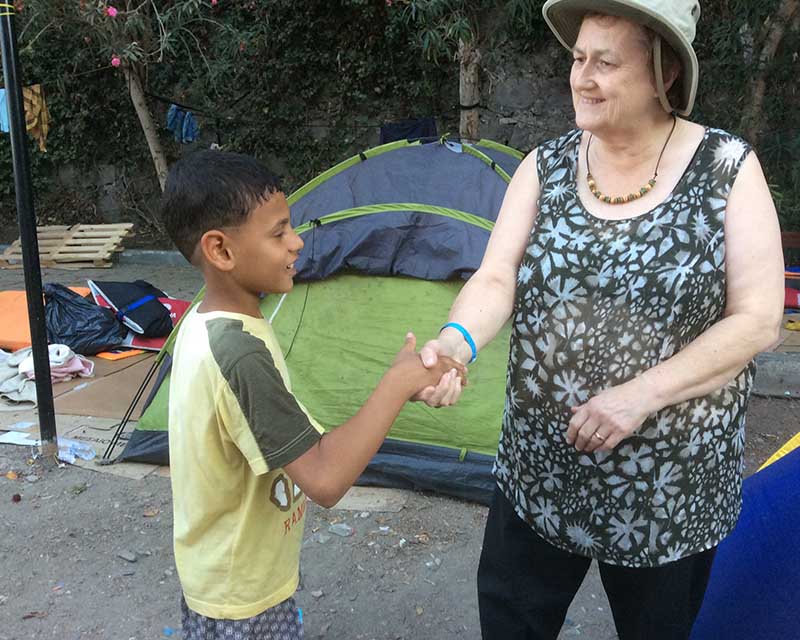 Today has been a heartbreaker with Syrian families arriving off the boats with babies and small children.

Yes, they knew it was very dangerous but they came from parts of Syria which have been flattened by bombing, where children have been murdered and where there is no longer a sense of safety for their families.

It takes a lot to leave your own country and to travel overland to Europe, putting your family in the hands of the traffickers.  Today stories emerged of fake lifejackets being sold to refugees trying to travel from Turkey.  The going rate for a jacket is €300 but not everyone wears one and parents are often the ones to go without in favour of their children.  But now some of the refugees have discovered that their lifejackets were filled with sponges instead of buoyancy aids. How low can a human being sink?

This morning we met an exhausted family who had just arrived in Kos, parents with five small children including a new baby. They had nothing. The mother had broken her shoe on the boat and they had no food.  Thanks to the support of our friends back in Ireland, we were able to supply them with a baby sling, baby supplies, toiletries and even shoes.  This evening we have just brought them a supply of food, including baby food and even a plastic basin to wash the baby!  Their conditions are miserable, all seven of them in a tiny flimsy tent pitched beside the main road to the harbour.

Today one of the families we had befriended finally got their papers and were able to set off on the ferry for Athens on the next leg of their journey.  We gave them some food for the journey and wished them well.

There was a voluntary organization providing a hot meal every day for the refugees but that’s stopped for the next four days. So, we did a massive shop today and brought it to the harbour area. Mostly fruit, cheese, bread, yogurt, biscuits, cereals, orange juice and milk. To give you an idea of how basic everything is, we had to search for plastic bowls and spoons so they could even eat the cereal!

On a broader front, there was an emergency meeting in Kos today for the leaders of Church, State and tourism to discuss the refugee crisis and to encourage tourists to come back to Kos in 2016.

We are kept very busy here!  Tomorrow morning we’ll be at the police station where the Red Cross will be handing out emergency parcels to the new arrivals as they sign on.  Then it’s back to the supermarket, the baby clothes and God only knows what else!