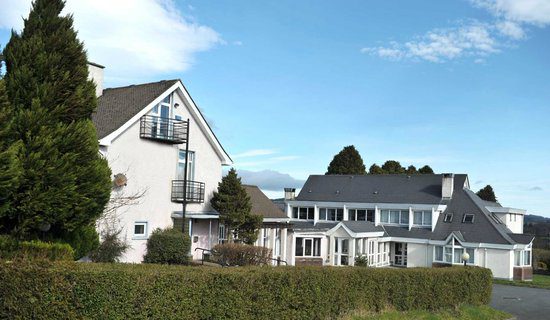 163
SHARES
ShareTweetSubscribe to our Newsletter

Residents in Rathdrum have voiced their concerns today after it emerged that a evangelical addiction facility has opened in the town.

It is understood that Victory Outreach, a worldwide organisation that offers rehabilitation for addicts through prayer, has opened the centre at the Old Presbytery beside the Fair Green in the town.

The organisations Irish operations were questioned in 2013 after former addicts who attended their Cork centre raised questions about the care they received at the centre, which was unregulated.

An RTE Investigates programme, which aired in 2013, focused on the Cork centre and a centre in Kildare, both of which operated under the Victory Outreach umbrella.

It was claimed at the time that addicts who signed up for the program, which can last up to 12 months in some cases, had to hand over most of their social welfare payment to avail of a place on the Victory Outreach residential program.

Some Residents also had to spend up to 18 hours a day selling raffle tickets in order to meet fundraising quotas it was claimed in the RTE Investigates report.

It was also claimed that the organisation had no official treatment model for residents and most of the treatment came in the form of prayer and spiritual healing.

Speaking to wicklownews.net this afternoon, a local resident who wished to remain anonymous said : “I have no problem with people getting rehab to sort their problems,”

“However, I would be concerned if the person was receiving the treatment in an unregulated manner, I think that at the very least, the community has a right to know what is going on.”

Residents have also raised concerns about the location of the facility, given that it is located in close proximity to two schools and a creche.

When contacted yesterday, the person who answered the phone at the Rathdrum centre declined to comment.