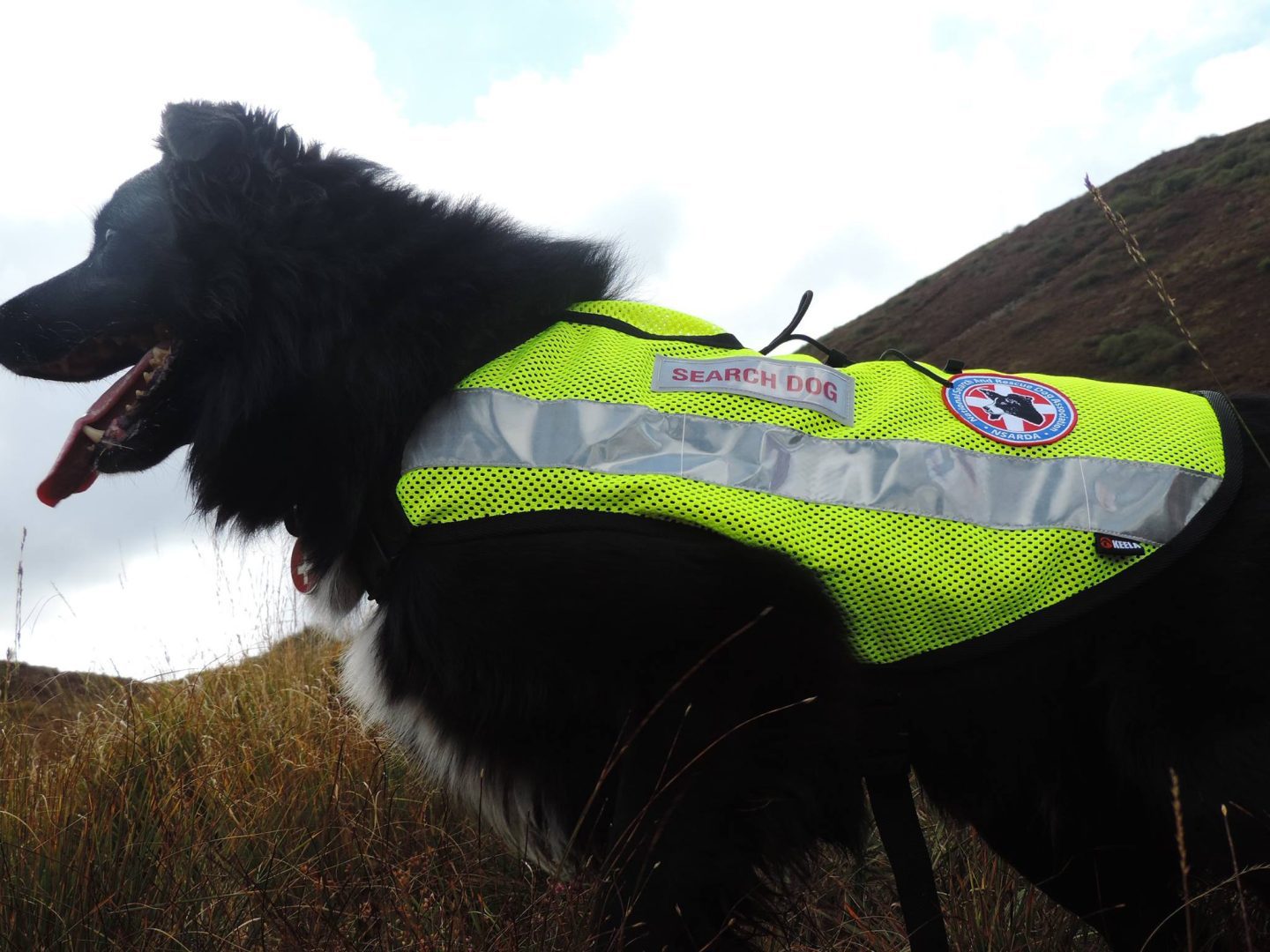 Due to the circumstances of the call every effort was being put into the search to ensure a successful outcome. Several search parties were sent out. Aside from the two Wicklow based teams several other teams including South East MRT and Mourne MRT and the SARDA( Search And Rescue Dogs Association) were also tasked.

In this case everything that could be done was being done and Search Dog Dex and his handler Gerry Tobin were sent in to see if they could make a find before darkness and tiredness forced the search to be postponed till the following day. Very often search dogs will be involved in extended operations that although successful are often unfortunately tragic for the person involved.

This time was different though with Dex making a find that very possibly resulted in the saving of a life due to the condition of the person involved.

The person was evacuated and brought to hospital for further care.

Mountain Rescue would like to thank all those involved in such a successful operation but especially to Dex for giving us all something to wag our tails about!