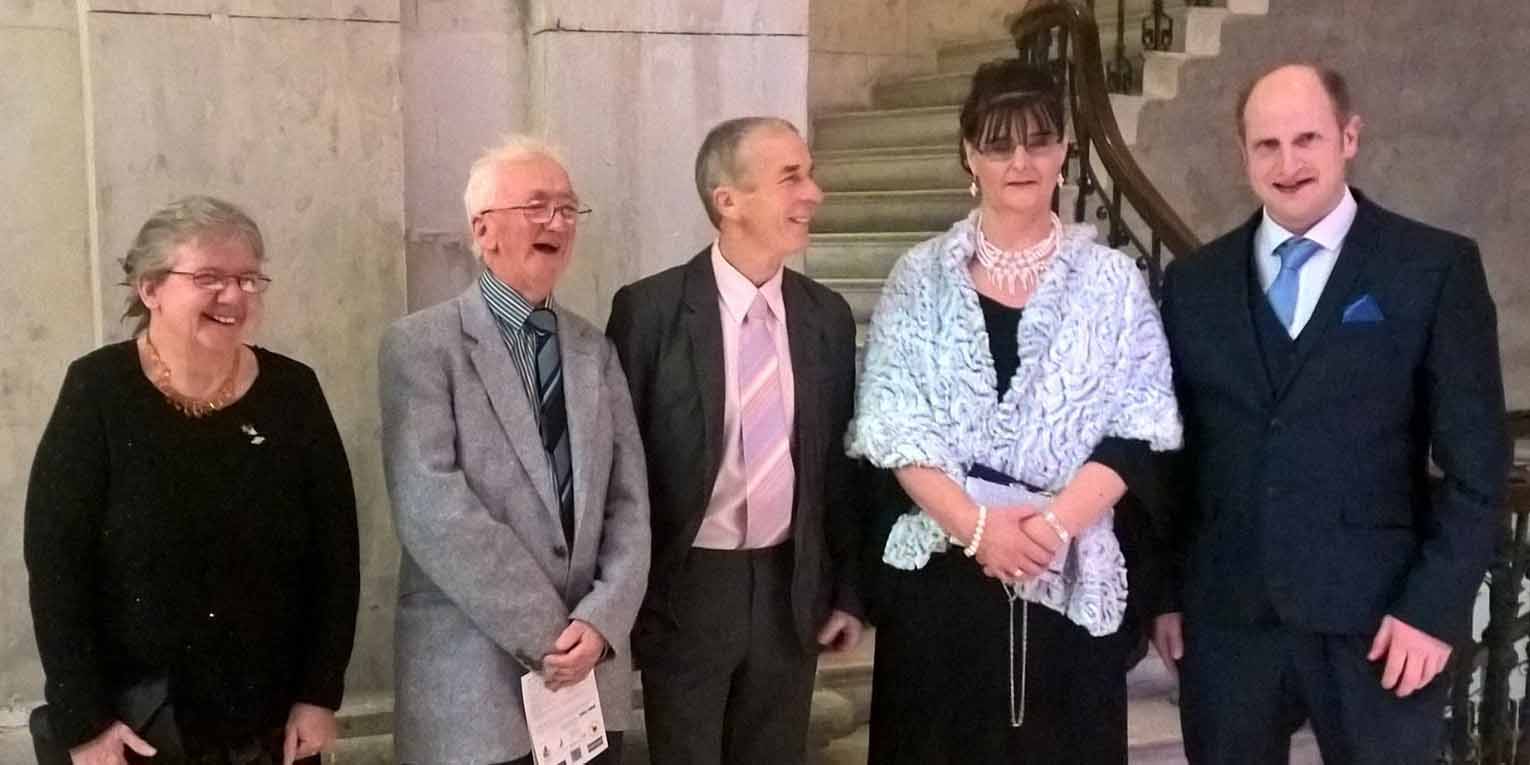 From over 31 exceptional volunteers, 11 winners have been selected for this year’s Volunteer Ireland Awards including 2 from County Wicklow. The awards were presented at a special ceremony in City Hall, Dublin on 2nd December. 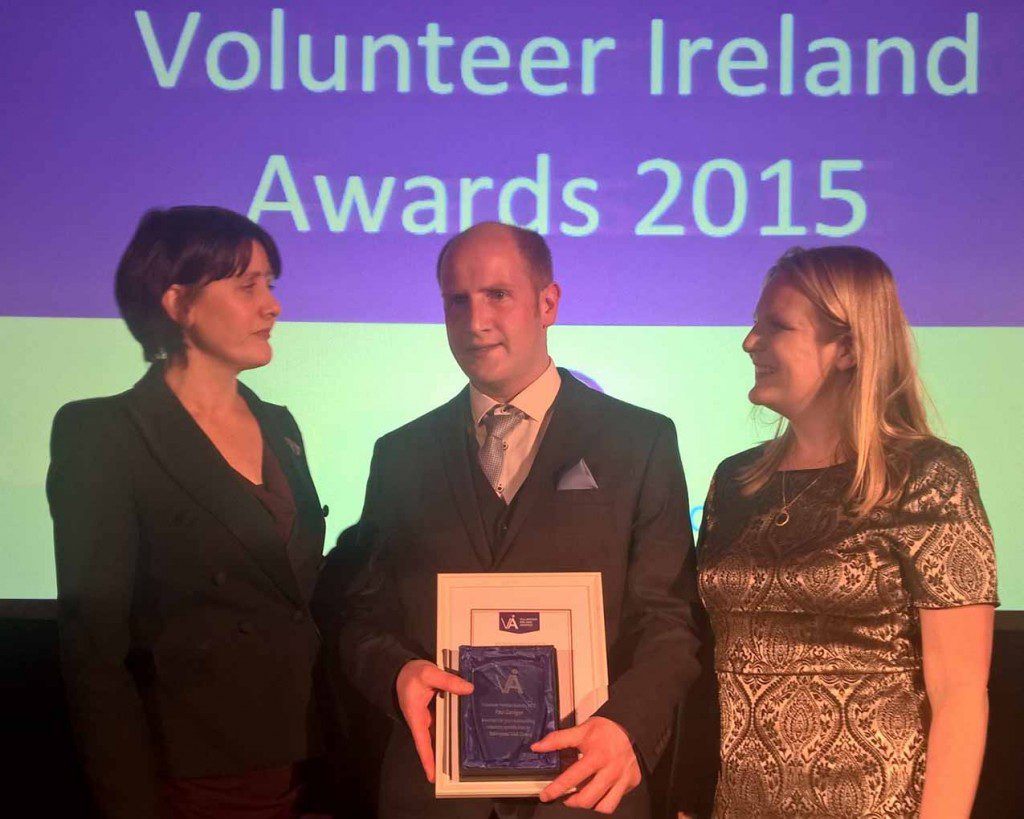 Paul Garrigan won in the Sports and Recreation category for his volunteer work with Balinglass Ladies GAA. In 2006 Feile Peile na nÓg came to Wicklow and Paul Garrigan had the vision, passion and commitment to look at affording the girls of Baltinglass GAA the opportunity to form a girls U14 team, allowing them to take part in the national football festival like their male counterparts. This was the first time for the Baltinglass GAA club to field a juvenile girls’ team. Paul’s impact was to bring equality for females in the club. Paul hoped that one day a Baltinglass U14 girl’s team would win the county Wicklow Feile competition and in 2009 the girls completed a treble, winning the U12/U14/U16 County titles. Paul then turned his attention to the senior side who have achieved great success thanks to Paul’s commitment culminating in an All-Ireland Sevens title  in 2013.

According to Theresa Doyle, who nominated him “Paul has a “can-do” attitude and it truly can be said that he is the driving force behind the success of our club. He is a great ambassador for the club and is very well regarded in GAA circles the length and breadth of the county and further afield. It’s people like him who are the plain stitch that knits our community together, just the same as in parishes and villages the length and breadth of our county and the country.” 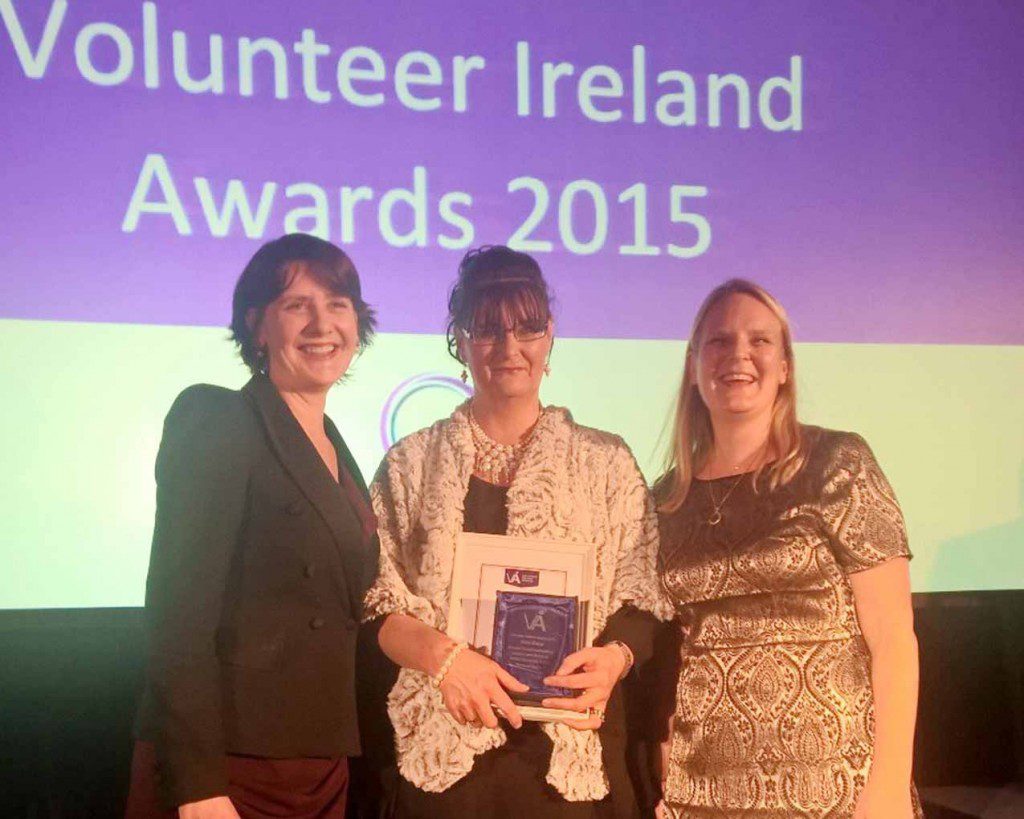 Hilary Sharpe founded Arklow Community Resource Centre, a centre which is entriely volunteer run with no Government funding, four years ago. Hilary is the secretary and treasurer of the centre. The centre runs many different activities from women’s and men’s clubs to supporting some homeless clients with clothes, food, showers etc. and Hilary is involved in everything. Not only does she bake for the drop-in centre each week, she and a friend deliver food to local families four nights a week – sometimes thirty families a night. Hilary was awarded in the Social Work category.

According to Sheila Busher who nominated her “Hilary is instrumental in the running of the entire centre. Hilary is a great organiser and the main woman in our organisation. We host two community dinners a year (for about 250 people) and she does all the cooking and manages her team of volunteers. She has a great financial head on her too which is great for the books. She’s involved in so many other things in the community, she sits on about eight other committees and is a member of the Pastoral Council.”

Commenting on the awards, Wicklow Volunteer Centre Manager Leah Kinsella said “Congratulations to Paul and Hilary! Hundreds of nominations were sent in and out of 11 winners, 2 of those were from Wicklow. It just serves to highlight the great culture of volunteering that we have in Wicklow. Paul and Hilary are a real credit to the county, along with Frank Byrne, Jennifer Kavanagh and Terry Kavanagh who were nominated for an award. Volunteers are so selfless and giving that their immense contribution often goes unnoticed. We are delighted to have this opportunity to celebrate these volunteers and above all else, say thank you for all that they do”

For more information on the Volunteer Ireland Awards 2015 or to read the inspiring stories of the nominees and winners, visit www.volunteer.ie