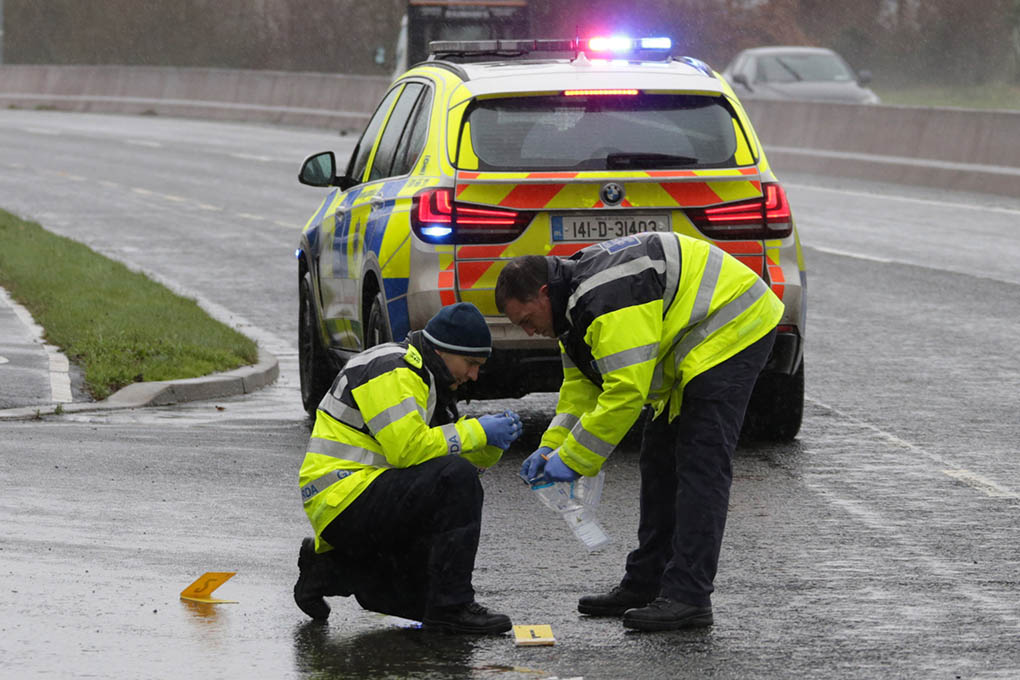 The Garda technical examination team on the Farrankelly Road, Delgany where a car was shot at on Saturday (pic.Shayne Phelan)

The shooting  occurred shortly after 11.30 am, and is said to have involved a number of men.

It is understood two vehicles were involved in a chase when occupants from one of the vehicles began shooting at the other.

Two shots struck a passing car on Farrankelly road but there was no reports on any injuries as a result of the incident.

Gardai are looking for information on two vehicles that may have been involved in the incident, a white/off white Ford Transit van and a silver/light blue Audi A4 with a 08 registration.