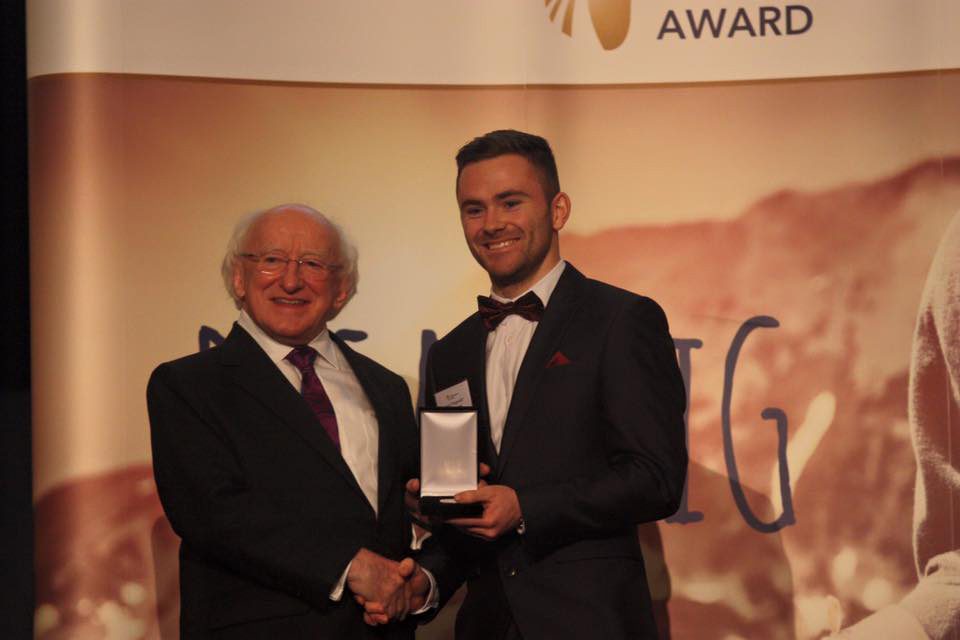 232
SHARES
ShareTweetSubscribe to our Newsletter 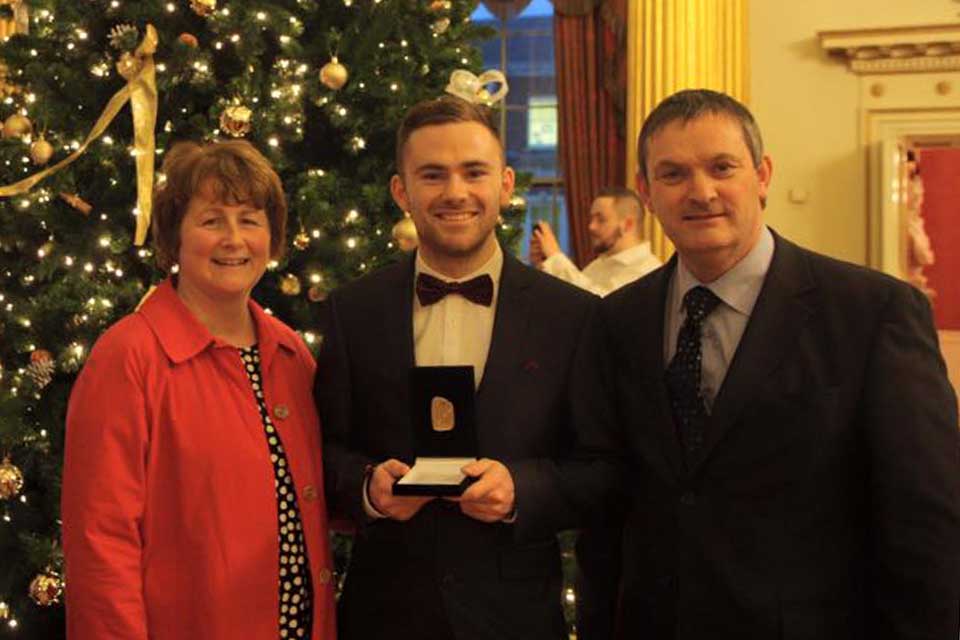 Eoin Fitzgerald with his parents Ellen and Kieran

Eoin Fitzgerald received the President’s Award from Michael D. Higgins during the award ceremony in Dublin Castle on Monday night for completing the Gold Gaisce challenge.

Fitzgerald, who resides on the Wicklow border outside of Hacketstown, undertook the Gold Gaisce in November 2013and completed the task after an 87km hike around the Kerry Way in July this year.

After receiving the award, he said: “I don’t think I could have went through with it if it weren’t for Miss Cummins, she helped me so much and made everything so easy for me,which I have so much gratitude for.”

Eoin completed his Bronze and Silver Gaisce Award while attending Colaiste Eoin, Hacketstown, and used the schools President’s Award Leader (PAL), Mary Cummins, to help him take on the final stage of the Gaisce awards.

Over the 21 months that Eoin took to complete the challenge he coached an u-8 football team, he learned how to play the Ukalele, he attended the gym three times a week, he worked with the youth leadership programme Meitheal, and he spent four days hiking the Kerry Way.

“It was such a long journey from starting way back in 2013 and I felt a lot of times like it was never going to get finished but the moment I received the invitation to the ceremony with the President was surreal and I’m so happy to have made it through to the end.”, he said.

Eoin completed the hike with three of his friends which helped push him through difficult obstacles he faced along the way. He said, “I was delighted to know the lads were always there for me even though they weren’t getting an official award out of it like me. They didn’t have to be there with me in the rain and I’ll be forever grateful.”

The Gaisce award is a presidential award for young people up to twenty-five who have to fulfill a number of activities that benefit themselves or others in a specific period of time. President Higgins said the President’s Awards are a form of recognition of the efforts of many young people in our society who are prepared to challenge themselves and transform ideas into actions as they strive to reach their full potential.