WDFL call off all weekend games due to weather 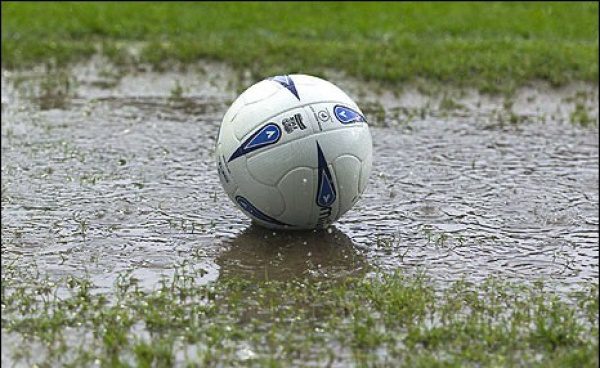 The Wicklow League Executive Committee has announced that they have cancelled all soccer matches scheduled for the weekend due to the adverse weather.

They have made the decision in the interest of health and safety for players and referee’s and having taken into account forecasts for more bad weather over the next 48 hours.

Already many pitches across the county have been left waterlogged following a day of persistent rain and with further rain on the way it was unlikely that many games would have taken place anyway.

The only games that could take place are those that were scheduled to be played on all-weather surfaces, as well as Sundays clash between Redbank United and Moneystown.