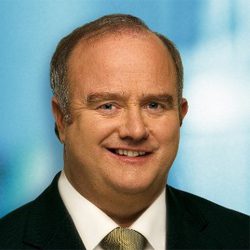 Speaking at today’s launch of the RENUA Ireland general election manifesto RENUA Ireland leader Lucinda Creighton said that the central objective of RENUA Ireland’s fiscal strategy was to create a progressive tax system which rewards those who create work and those who want to work.

RENUA Ireland is in politics to ensure work is rewarded with lower taxes.
Our core political fiscal objective is to halve the tax rate to make sure work pays for working people with a Flat Tax of 23%.

Flat tax, however, is about more than simply cutting tax rates.

It is an act of social justice which will liberate those caught in the minimum wage and average industrial wage tax traps who often earn less when they work harder.

A Flat Tax, properly implemented will end the tax discrimination those who are self employed routinely experience.
Flat Tax is a truly progressive taxation system which will stimulate enterprise and employment via a four billion Euro influx of cash into the economy.

The new Flat Tax system will, courtesy of the abolition of the seventeen different taxes we pay, create a clear and transparent tax system where citizens will know what they pay.

The abolition of tax reliefs and shelters for the wealthy will also create an increasingly progressive tax system where
workers retain 77% of their income.

RENUA Ireland believes that a Flat Tax, properly applied could evolve into a similar game changer for the domestic economy as Corporation Tax.

We believe it is time our domestic economy and Irish workers are prioritised in a similar manner to Foreign Direct Investment.

Outside of Flat Tax RENUA Ireland’s top taxation priority is to end the current tax discrimination that the self employed exist.

Again equity in this regard is stimulated by the desire to create a tax system which stimulates enterprise and job creation in the domestic economy.

The same progressive impulse also informs our new system of property tax which will directly benefit communities in areas such as childcare and community based care for the elderly.

Equity and the virtues of a simplified tax system also inform our proposed abolition of excessive secondary charges such as motor tax and the TV licence.

The state is putting its hand in your pocket too often.
RENUA Ireland has been created to end this habit.”