177
SHARES
ShareTweetSubscribe to our Newsletter

A young Wicklow man made the most of a chance of a lifetime over the weekend when he made his début at the  European LeMans Series in Silverstone.

Seán Doyle, who had been working for the past year with the Murphy Prototypes endurance racing team as a team and guest liaison coordinator, was called up following a gap in its driver line-up for the opening round of the championship.

And the 22-year old, who has been a regular competitor at Mondello Park, seized the opportunity with both hands.

Doyle had earned his chance though having competed in the Irish Junior Rallycross Championship at 15 and then, after two years, he  progressed to the circuits to race in the Ginetta Junior Series. 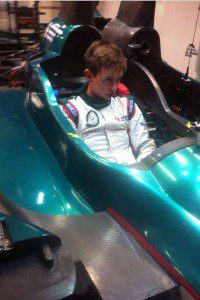 He was also nominated for Young Irish Racing Driver of the Year no less than four times in succession and in 2012 he joined an elite group of young Irish people when he was appointed as a Nissan Generation Next Ambassador, an initiative instigated by Nissan Ireland to support and promote future sporting and business talent.

Doyle was joined over the weekend by Michael Cullen and the Irishman who is regarded as one of the best Porsche racers in the world, Damien Faulkner.

It was also the first time in over a decade, an Irish driver would compete at this level of international Motorsport.

A determined drive saw Faulkner pass 32 cars and, when he handed over to Doyle a third of the way into the four-hour race, he was in 12th place. A well executed pit stop saw Doyle join the race in tenth and, for the next 50-minutes he proceeded to consolidate the position by extending the gap between himself and the driver behind and close up to the competitor in front.

Speaking after the race an understandably delighted Doyle said he was delighted to have been given the chance.

“Ever since I started out I have wanted to race at this level. So what happened this weekend was the culmination of many years of work. Driving a Prototype Sportscar is nothing like I’ve ever driven in the past, as the power-to-weight ratio and the down-force generated by the aerodynamics provides a completely different experience to anything I’ve driven before.

“I was happy I could adapt so quickly and to do a good job for the team. It’s been such a privilege to drive the Murphy LMP2 car and I can’t thank Greg enough for giving me this incredible opportunity. I hope I’ll have the chance to do it again very soon.” 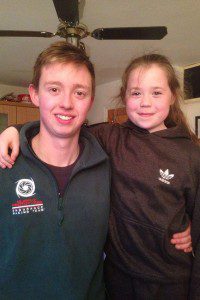