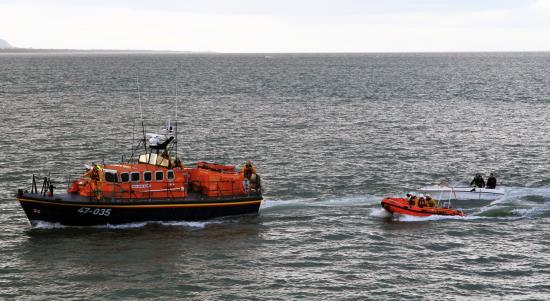 Both Wicklow RNLI lifeboats launched after 7.20pm on Sunday evening to assist two men in a small motor cruiser near Wicklow Head.

A member of the public contacted the Coast Guard, after seeing the men bailing water out of the vessel.

The motor cruiser was located about a half mile northeast of Wicklow Head a short time later.

The boat was taken in tow by the all-weather lifeboat back to Wicklow harbour, where the two occupants were taken ashore safe and well by the inshore lifeboat crew.