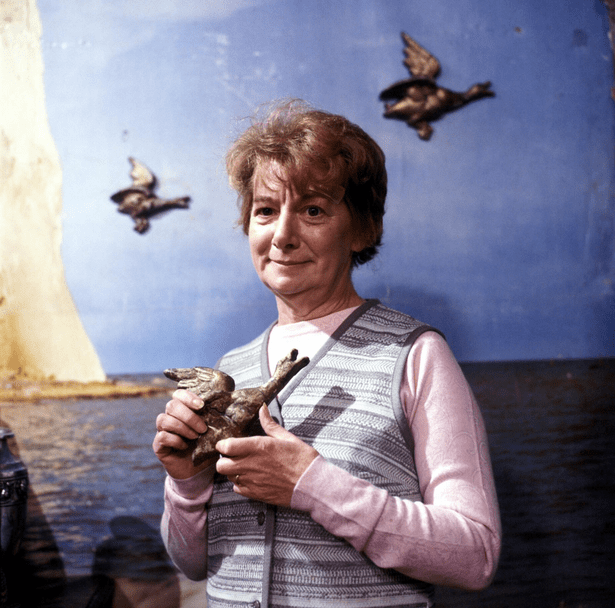 The woman known to millions as Hilda Ogden passed away peacefully yesterday morning.

She had been taken into hospital on Tuesday – her birthday – after feeling unwell.

Her niece, Sonia Hearld, 64, told how she received a phone call from the hospital breaking the bad news.

“It is such a shock” she said.

She told how Jean had been been taken poorly just a few days earlier as family and friends planned to gather to celebrate her 90th last weekend.

“She had been feeling a little poorly and had gone in for some tests” she said.

After a couple of days in hospital she was allowed back the care home, where she had been looked after since suffering a slight stroke in 2014.

“But on Tuesday she was still not too good and it was decided she might be better going back into hospital.”

Sonia and her sister Valerie Thewlis, 60, had to break the news of her death to their father, Jean’s brother, Kenneth Hodgkinson, 91.

They are the only relatives of Jean, who never married and instead dedicated her life to her career.

“I saw her last week and she seemed weak and a bit tired but this was still a shock.

“The hospital phoned me and said they were very sorry but Jean had passed away.”