After weeks of mild weather winter came in with a bang last night with widespread frost across the county.

Snow has been reported on high grounds throughout Wicklow.

Gardai are warning motorists to drive with caution, a number of minor incidents were reported this morning.

Gardai are also warning drivers on the M11 to keep their distance following a large increase in collisions this week, Sergeant John Fitzpatrick has pleaded with drivers to obey the two second rule. Stating that drivers are driving too close to one another.

The M11 was closed for almost two hours on Wednesday evening following in a collision north of Rathnew. 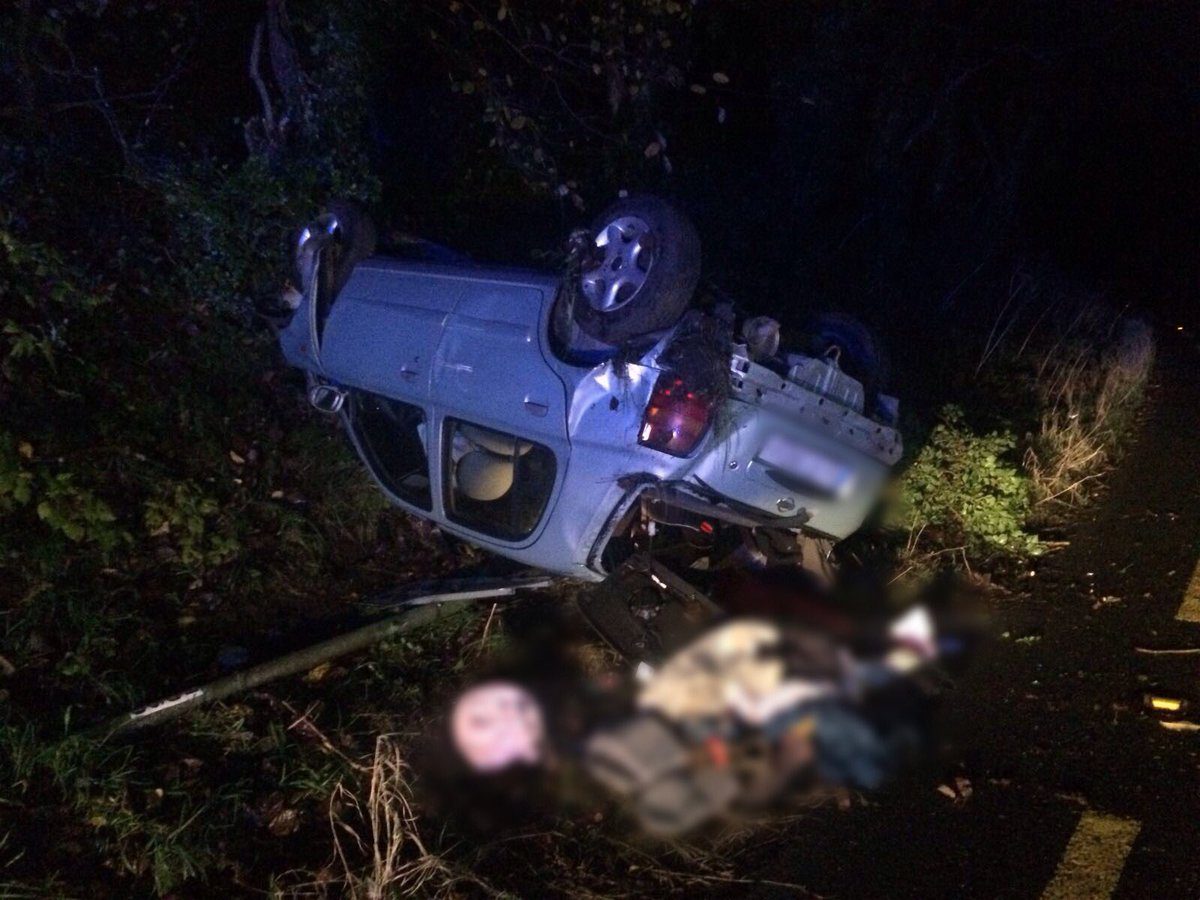 A Nissan Micra that overturned on the N81 on Thursday night (Pic.Dublin Fire Brigade)

The N81 was closed for a time on Thursday night due to a collision.

Possibility of snow in the run up to Christmas