The Flag released on DVD 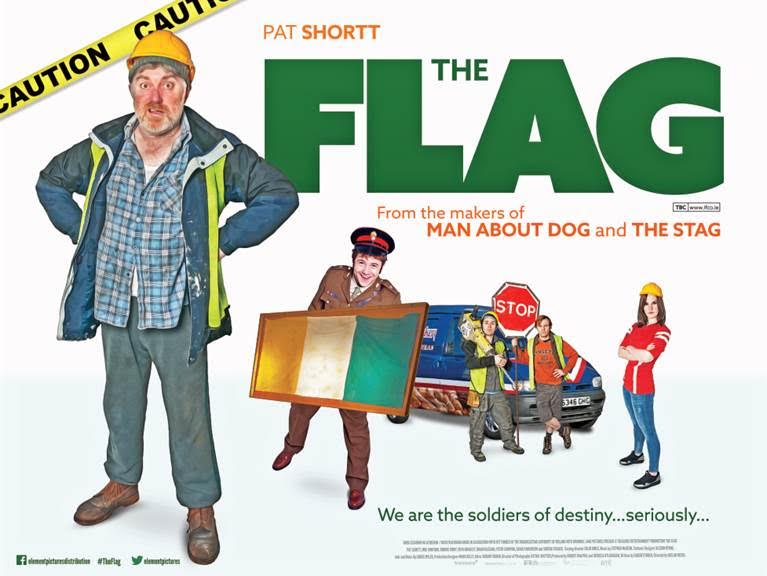 A new DVD release “The Flag” which was part shot in Dunlavin went on release last Friday. (Visit the Wicklownews Facebook page to win a copy)

THE FLAG tells the story of Harry Hambridge (Pat Shortt ) who is a down-on-his-luck paddy living in London. In one day he loses his job, father and beloved pet hamster, Mouse.

On returning home to bury his father, he finds a statement from his Grandfather, claiming that it was he who raised the flag over the GPO during the 1916 Rising, which now hangs upside-down in an army barracks in England.

Too long used to the mockery of his life, he sets out with his motley crew to find that fecking flag and maybe his passion for life along the way.

THE FLAG has a stellar line-up of Irish acting talent including Moe Dunford (Patrick’s Day, Vikings )Ruth Bradley (Rebellion ) and Brian Gleeson (Rebellion). It’s directed by Declan Recks and written by Eugene O’Brien who previously worked together on Pure Mule and Eden.