199
SHARES
ShareTweetSubscribe to our Newsletter

On the way up John fell off his bicycle and landed head first on top of a broken toilet cistern which had been dumped in the woods.

The youngster knew he was in trouble the moment he hit the ground and felt the blood gushing from his right eye.

He called his Grandmother and told her he needed help and bring towels, John walked down from the hill to the road where he was spotted by a local man who stayed with him until his grandmother arrived.

Following a visit to the doctor in Wicklow, John was sent straight to Crumlin hospital for stitching by plastic surgeon such was the severity of the cut.

John was then sent to the Eye and Ear hospital for fear the eye duct may have been damaged.

Surgery was carried out straight away and the eye was stitched by a specialist.

After over two hours of surgery the consultants were able to confirm that miraculously no damage had been made to John’s eye but that they had found fragments in the wounds which resembled bone and that CT scans and X-rays now needed to be carried out to make sure bones were not fractured.

Results showed John had no fractures.

The 12-year old said he was extremely lucky not to have lost the sight in his left eye and was very grateful to the HSE in how they looked after him.

But I want to highlight the dangers of illegal dumping and the hazards that they create.

Ann Hogan of Glenealy Tidy Towns said ” John is a brave young man and it just goes to show, despite what happened him he is thinking of others, on behalf of the Tidy Towns Group here in Glenealy we wish him a speedy recovery.”

The PURE Project in Wicklow is now in its 10th year has removed almost 3’000 tonnes of illegal litter from around the county and the south county Dublin uplands. 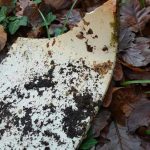 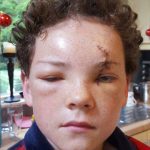 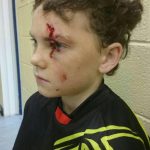 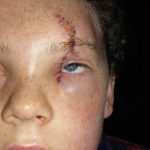 Notice for visitors to Glendalough