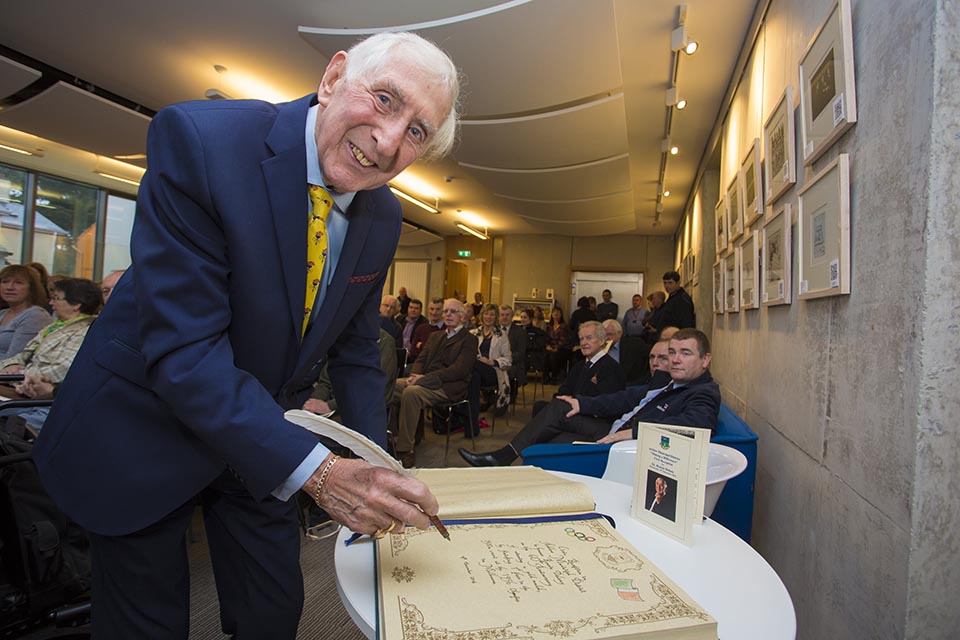 112
SHARES
ShareTweetSubscribe to our Newsletter 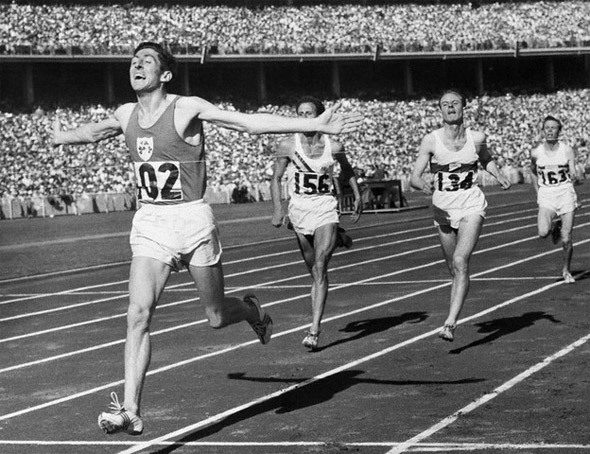 Dr Delaney (81) was born in Arklow  and achieved world fame when won Gold for Ireland in the 1956 Melbourne Olympics in the 1500 metres and was one of the first “Four Minute” Milers in Compton, California, the same year.

He was also the first Irishman to win a medal in European Championships (1500m Stockholm 1958) and had unprecedented and unsurpassed 40 straight victories “indoors” in America from 1955 to 1959, including 33 mile races.   He was Mile World Record Holder from 1958 to 1962.

Arklow Municipal District hosted today’s event to mark Dr Delaney’s achievements with a Civic Reception on the 60th anniversary of his Melbourne victory.

Speaking at the event, the Cathaoirleach of Wicklow Council, Cllr Pat Fitzgerald, said: “I want to welcome Ronnie Delany back to his home town of Arklow. We are here today to honour you 60 years after your wonderful achievement of winning the Olympic gold medal in the 1500 metres in Melbourne.”

He added: “On a personal level I consider you to be Ireland’s greatest athlete and a person whom I had the pleasure of meeting on two previous visits to Arklow.  Your success in Melbourne is still etched in the minds of many of your generation, a win that brought so much happiness to so many people.”

Cllr Pat Kennedy, Cathaoirleach, Arklow Municipal District, said they were there to celebrate one of Ireland’s greatest sportsmen and ambassadors on the world stage.   “Ronnie’s win came at perhaps the lowest point in the Irish State’s fortunes.    The people of Ireland needed someone to give them hope, and in 3mins 41.2secs  Ronnie Delaney provided it and how the people loved him for it,” he said.

Dr Delaney, in response said:  “In my mind I am an Arklow man.   I thank everyone involved in today.   I am deeply honoured.”

A graduate of Villanova University (Class of 1958), Dr Delaney established a marketing consultancy business in 1988 following a successful executive career in the transport/tourism sector in Ireland. Over the years he has held positions with the B&I Line amongst others and was Chairman of the Irish Sports Council and the National Tourism Council.

He is currently President of the Irish Chapter of the Villanova Alumni Association; President Irish Olympians Association and Vice President, Royal National Lifeboat Institution (RNLI).  He is also Patron of the charities Debra Ireland and Goal and is Ambassador for Friends of the Elderly and the Irish Thoracic Society.

His Olympic and other achievements were recognised by Dublin City Council when he was made a Freeman of the City while he was also elected a Member of the Madison Square Garden Hall of Fame. He holds an Honorary Fellowship from the Royal College of Surgeons in Ireland and by public vote, Ronnie Delaney was chosen as “Champion of Champions 1950-2000”.

Dr Delaney is married with four children and has 15 grandchildren.  He lives in Carrickmines in Dublin.