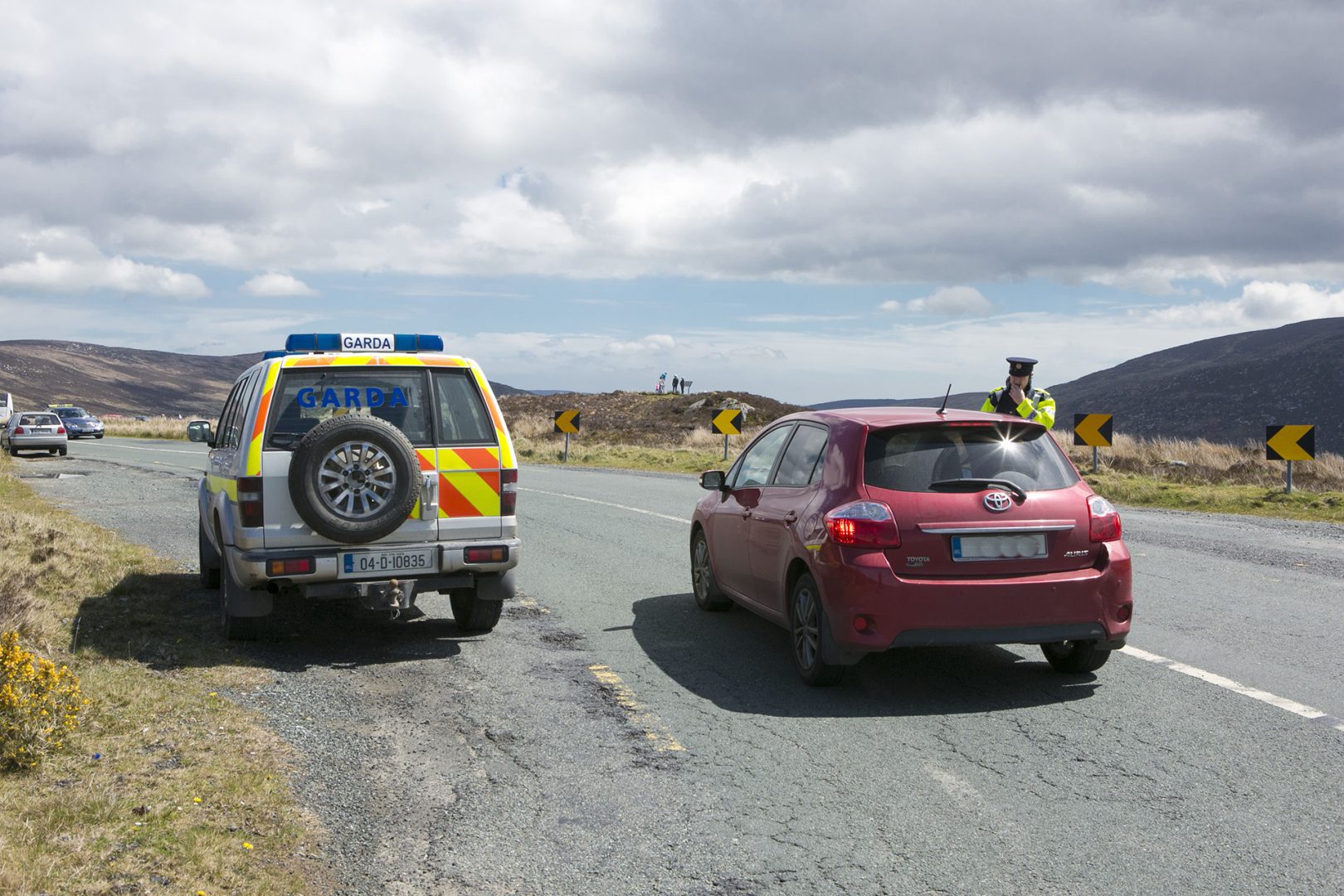 A Garda stopping a motorist as part of Operation Thor

Four Tallaght teenagers were arrested yesterday, after crashing a stolen car while being followed by gardai in the Wicklow mountains.

Two of the teens remain in custody today.The incident occurred  in Roundwood yesterday afternoon at around 2pm, when a routine Garda patrol noticed a vehicle acting suspiciously, travelling in the opposite direction.

According to the Irish Independent, a chase ensued and the suspect car crashed into a ditch at Sraghmore on the way towards the Sally Gap.

The four occupants fled on foot but were apprehended a short time later.

Three of the youths were taken to Wicklow garda station while one was brought to Roundwood. Three are aged 17, while the fourth is 18.

Two were released without charge last night while the other two remain in garda custody.

The car was reported stolen by a Chinese national who was delivering fast food in the Ballyogan area of Dublin on New Year’s Eve.