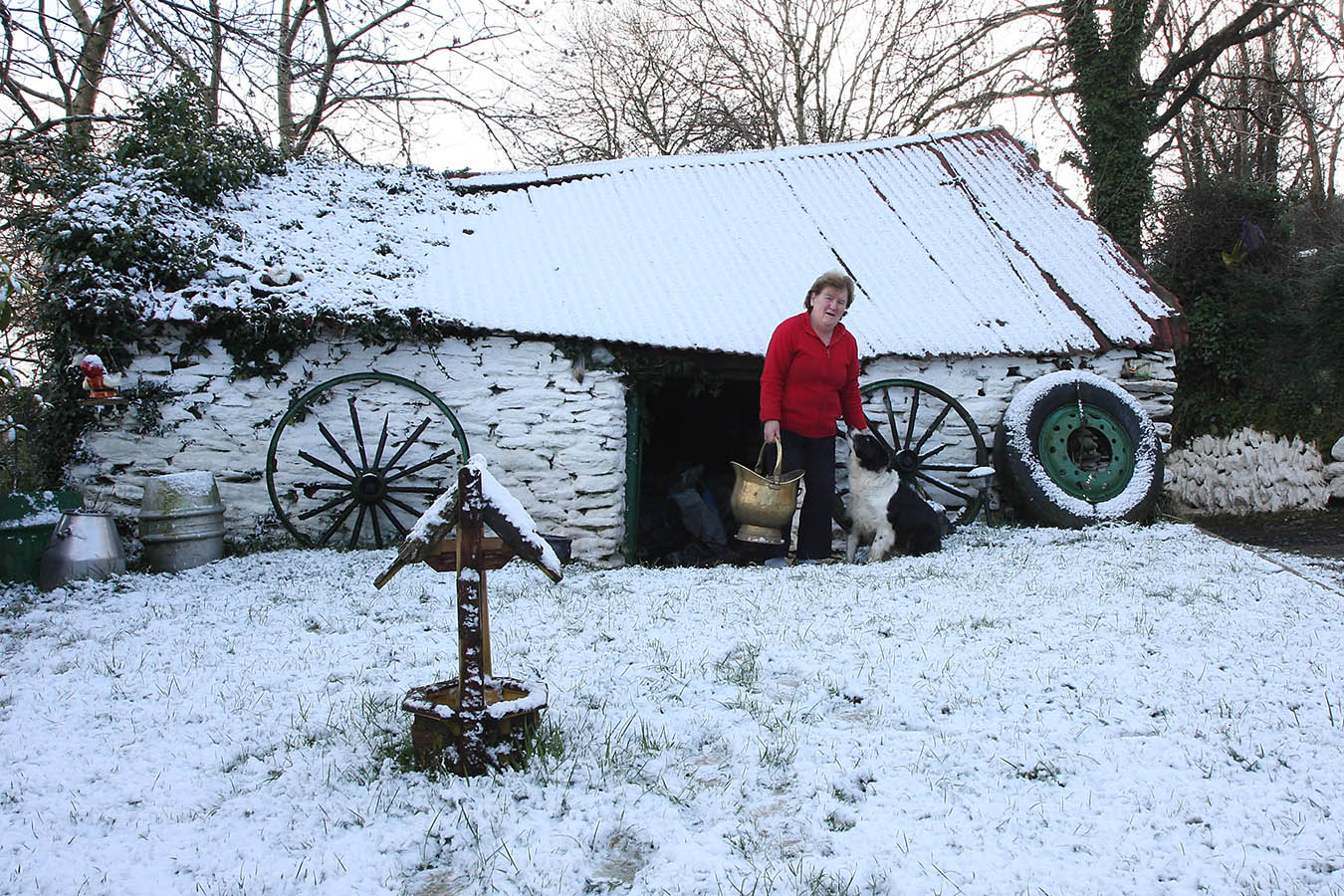 A status Yellow weather warning has been issued nationwide for the coming days as a bitter cold front is set to sweep across the country.

The warning was issued earlier today, with temperatures set to plummet from tomorrow afternoon.

Low-lying parts of Wicklow are expected to avoid the worst of the snow forecast but sub zero temps of -5c by night and daytime highs of 3c to 5c are expected to cause dangerous driving conditions for motorists.

A freezing windchill effect will also add to the problems, with real feel temperatures of -5c by day and -10c by night expected.

There is a chance of minor accumulations over low-lying parts in the county but significant accumulations are likely on higher ground.

Derek McAllister of Wicklow Weather is advising people to avoid upland roads and mountains from Thursday through till Saturday.

“There will be a dangerous wind chill factor and possible blizzard so i’d advise people to stay away from upland roads and mountains.

“A major issue over that period is the freezing windchill affect with a feel like temp of -5c by day and -10c by night.

“Do not attempt to hike or climb in mountains as blizzard conditions could develop with dangerously low windchill’s of -12c to -16c.”

While snow accumulations are not likely on lower levels, there is still a possibility and it will be a nowcast situation.

“Moderate to heavy snowfall is expected in Ulster and Connacht with treacherous driving conditions from approximately Thursday morning,

“A nowcast situation is likely through Thursday and Friday especially in eastern areas of Leinster and Sth Munster.”

Wicklow Weather will issue further updates over the coming days when necessary.

Gardai are also advising people to keep an eye on elderly and vulnerable people in the community over the coming days.