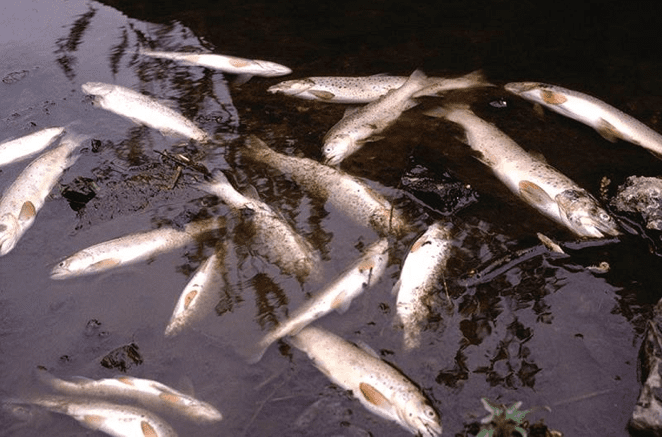 Social Democrat Cllr. Jennifer Whitmore has expressed her concern at news of a fish kill on the River Vartry this week, where a number of species of fish, including eel and brown trout, were found dead.

Whitmore said “It has come to my attention that a fish kill was found in the River Vartry, near Roundwood, last Tuesday. Thankfully, this kill does not seem to be of the magnitude of the kill that occurred in 2012, which devastated the system and took five years to recover from. The important thing now is to determine the cause of the kill to ensure that it doesn’t happen again. Inland Fisheries Ireland were quickly on the scene to take samples and this information will assist in a thorough investigation of the matter.

“I believe that this kill has brought back into focus the fragility of this important river system, which is one of only 22 EU designated salmonid rivers in Ireland. This is particularly pertinent at the moment as proposed plans by Irish Water to upgrade the reservoir, which will reduce the flow into the Vartry by up to 66 per cent, are currently before An Bord Pleanala. Unfortunately, Irish Water have not undertaken an Environmental Impact Assessment (EIA) as part of this proposal. Those that appealed this decision to the Bord believe this to be a mistake as the full environmental impact of the proposal cannot be understood in the absence of an EIA. We believe that it is possible to upgrade the treatment plant without reducing the flows into the river and we hope that this suggestion will be taken on board by Irish Water.