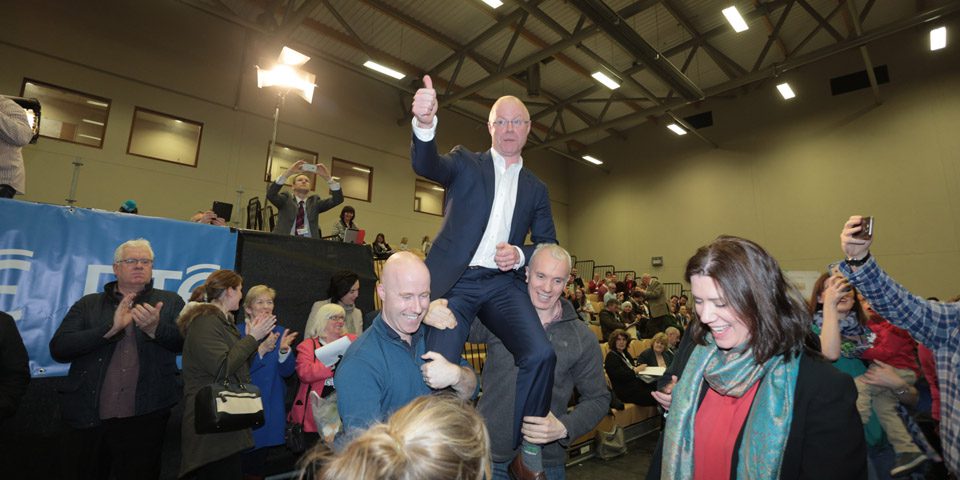 “I have worked with Stephen over a number of years and have always had a positive working relationship with him. In fact during the election when we debated housing on East Coast Radio we had very little disagreement with what needed to be achieved to provide realistic solutions.”

“After the 2011 general election we had no TD and many in the media were saying that Fianna Fáil couldn’t survive. I along with my fellow councillors and the local Fianna Fáil organisation decided that we would learn the lessons of the crash and rebuild a vibrant and relevant Republican party that can offer the people of Wicklow and East Carlow a radical change that would put fairness for all people in Housing, Jobs, Rural Development and community services as priority areas.”

“This hard work on the ground was acknowledged by the people in the local elections in 2014 when seven councillors were elected. From that base we began working to regain a Dáil seat against all the odds. I could not have been elected without that Fianna Fáil team.”

“I have only been a TD eleven months and in that time I and my colleagues have made real impact in this Dáil with the confidence and supply agreement which we achieved a 2:1 ratio in public spending versus tax cuts. Micheál Martin has appointed me as Housing spokesperson and I have been relentless in putting focused pressure on the Government to get to grips with this massive crisis.”

“I think Stephen has recognised that work and Fianna Fáil’s focus on providing real and lasting solutions and that this has convinced him to join our team in Wicklow. I know that some in our organisation will have concerns about this and in particular the process used. I also acknowledge that my own task of getting elected will be more difficult but it is a challenge that can be achieved if we work together.”