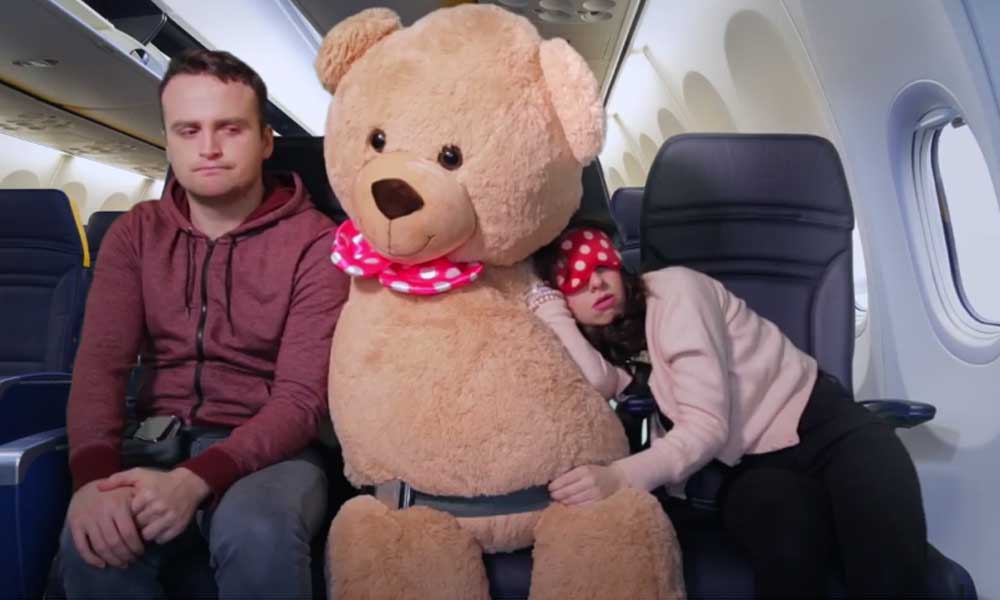 Rathdrum man Peter McGann stars in his second promo for Ryanair, this time with a Valentine’s day theme.

Peter who works on both sides of the camera has made several short films and sketches that have been screened as part of the Little Cinema in Galway.

He has worked for Republic Of Telly for the last 3 seasons as an actor and writer and played various characters including the recurring character of Dick Liver.

Peter co-wrote the play The Hellfire Squad with John Morton, that had sell-out runs in the Project Arts Centre in Dublin and the Watergate Theatre in Kilkenny.

In his latest project he performs in a comedy as the character of Liam Nugent, in the one-man show “An Evening with Liam Nugent” and a play he co-wrote with Stephen Colfer, The Amateurs, is running as part of Scene & Heard in Smock Alley, from the 21st to the 23rd of February.