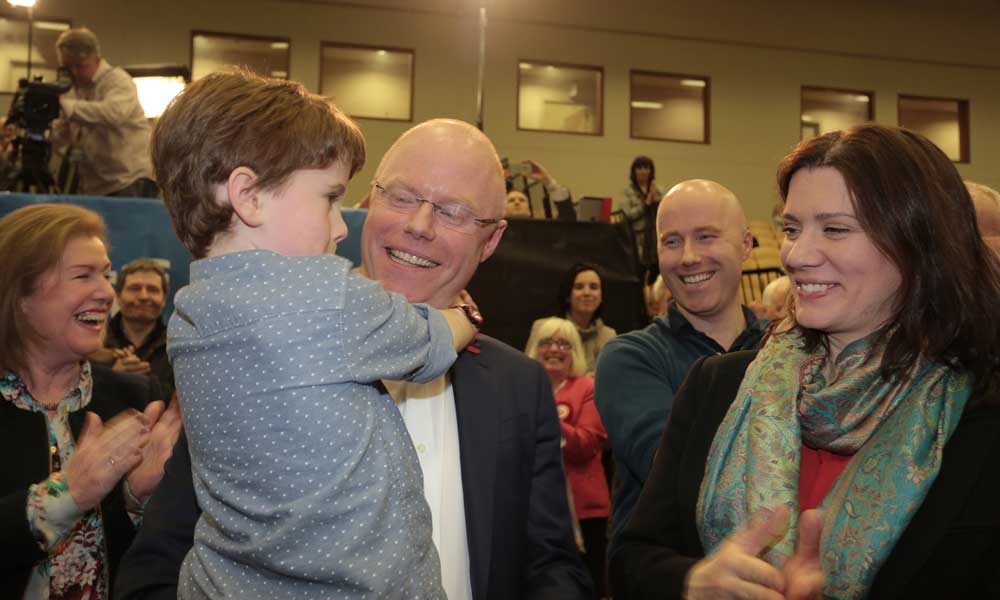 Reports emerging from Leinster House this morning suggest that Stephen Donnelly is set to become a member of Fianna Fail.

It is understood that members of the Parlimentary Party were informed about the decision to accept Donnelly into the party at a meeting in Leinster House.

Niall O’Connor of the Irish Independent reports the Wicklow/East Carlow TD formally submitted his application to the party just five months after quitting the Social Democrats.

The application has been accepted by Fianna Fáil and it has been announced Donnelly is now a party member .

There has been widespread speculation in recent weeks about Mr Donnelly’s future since his decision to quit the party formed with TDs Roisin Shortall and Catherine Murphy.

Fianna Fáil currently has one TD in the constituency, Pat Casey, who has strongly built up his name in recent weeks.

The former co-founder of the Social Democrats was first elected to the Dail back in 2011 and easily retained his seat last February when he was re-elected on the first count with 14,348 first preference votes.

The application was discussed at this morning’s meeting.  Stephen’s admission was then formally proposed and approved unanimously.

Party Leader MIcheál Martin TD commented, “I would like to welcome Stephen Donnelly to the Fianna Fáil Parliamentary Party.  As part of our rebuilding process over the last number of years, Fianna Fáil have made it clear that we welcome new people and new ideas.  That message has resonated across the country and in the 2016 General Election we saw the election of an energetic and talented Fianna Fáil team to both Houses of the Oireachtas.

“That process of rebuilding continues and the decision of Deputy Stephen Donnelly to join our team is very encouraging.  Stephen has made a serious impact nationally in his time as a TD. In his various roles he has demonstrated a commitment to the principles of fairness and social democracy that underpin the values and policies of the Fianna Fáil party and I know that he will be a strong addition to our existing team, working alongside Pat Casey in Wicklow and nationally.

Fianna Fáil’s TD in Wicklow, Deputy Pat Casey commented, “I welcome Stephen into the party and look forward to working with him in the Wicklow / East Carlow constituency and at a national level in Dáil Éireann.  He is a positive addition to our team in Wicklow and our party.”

Deputy Donnelly commented, “I am very pleased that my application to join the Fianna Fáil Parliamentary Party has been accepted.  I was motivated to enter politics to make a difference in my community and to try and help change the direction of the country. I am very concerned at the various challenges facing our country and believe I can best play my part in addressing them as part of the Fianna Fail team whose policies reflect what I have advocated for.

“Over recent years I have watched how Micheál Martin and Fianna Fáil have developed a suite of constructive, progressive policies that have emphasised fairness and investment in public services and I look forward to playing my part in moving those policies forward.  Working alongside Pat in Wicklow and with the whole team nationally, I believe that we can make a positive difference.”

The Party Leader will formally welcome Stephen to the party this afternoon at Leinster House.

It is also understood that Mr Donnelly will take a place on the party’s frontbench as their Brexit spokesperson.